RCR Wireless NewsIntelligence on all things wireless.
YOU ARE AT:Network InfrastructureDAS finds its way to the enterprise 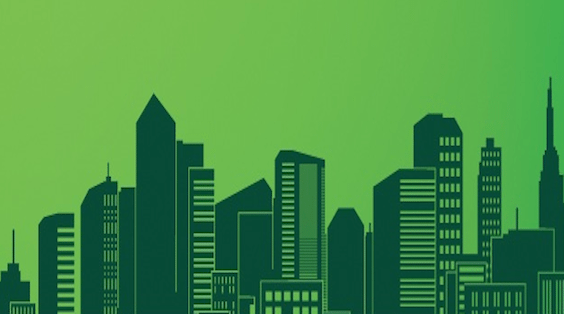 DAS finds its way to the enterprise

Will the real estate industry bridge the gap?

HOUSTON – Companies that make and market distributed antenna systems have known for years that carriers are unlikely to fund systems in small and medium-sized buildings. But many of those buildings are losing potential tenants because they don’t have good cellular coverage. Landlords are facing the fact that they need to invest in the technology if they want their tenants to see five bars on their phones.

“DAS isn’t dead – it’s coming more alive for the enterprise,” said Joe Mullin, CTO at Insite Wireless. Insite owns and operates distributed antenna systems in destination venues, and the company also builds systems under a management model in which the building owns the system and Insite runs it.

Real estate services giant CBRE is requesting information from DAS vendors, as well as from systems integrators and neutral host providers. The company wants to simplify DAS for building owners because tenants are starting to view wireless the way they view electricity, plumbing and wired internet service.

“It’s not an amenity … it’s absolutely essential to have cellular connectivity,” said Cris Kimbrough, CBRE managing director, speaking at this year’s HetNet Expo. “I feel like we’re on the upside of that roller coaster and we’re getting to that tipping point where that need is going to become overwhelming.”

Kimbrough was interviewed by Todd Landry of JMA Wireless, a DAS vendor that has made significant progress in the enterprise market. JMA and CBRE have been partners for several months.

Landry said that for many buildings, a small cell can provide enough signal to feed a DAS, obviating the need for a headend room. Other buildings may use a headend and share it with another DAS. Kimbrough described two CBRE buildings that use the shared headend model, which helped bring the cost of the DAS to levels that worked for the landlords.

Building owners can also save money by using their existing internet connection to access the carrier networks, Landry said. JMA’s DAS solution eliminates the need for dedicated circuitry, but Landry said buildings should still invest in a radio frequency design created by a qualified professional.

“Our recommendation is always that you have someone who understands RF planning, and you do an RF design for the building,” Landry said. “I always ask our partners to try to set some quality of service parameters.”

Kimbrough said that building owners want DAS that can support all the nationwide carriers, and that most do not see Wi-Fi as a suitable substitute for cellular in Class A office buildings. She also said the deployment process is much simpler for building owners if they do not have to execute carrier agreements. She added that enterprise buyers want equipment that is easy to integrate.

“Ease of install and ease of that set-up process really does make a big difference,” Kimbrough said. As DAS becomes simpler, Kimbrough expects enterprise customers to willingly invest. She said building owners realize the carriers are not going to step in with funds. “There is no magical DAS fairy,” she said, but that doesn’t mean there is no solution out there for buildings that want to show tenants five bars.

What are the top small cell use cases and places?