RCR Wireless NewsIntelligence on all things wireless.
YOU ARE AT:OpinionReader Forum: Myths and trends in cellular IoT 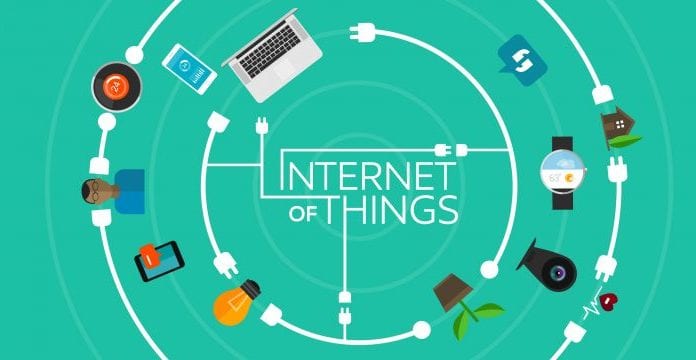 Confused by the various categories of cellular IoT connection options? Altair looks to provide some clarity

Recent developments in standards and changes in terminology have made cellular “internet of things” confusing for many, even industry professionals. The confusion about the different technologies isn’t surprising considering the accelerated rate of standardization for IoT communications over the last 12 to 18 months. Therefore, this overview should serve to uncover some of the facts vis-a-vis market perception and discuss carrier adoption trends and considerations.

Currently, three main standards have been accepted by the 3GPP for most IoT applications: Cat-1 (10 megabits per second), Cat-M (500 kilobits per second; formerly Cat-M1) and narrowband-IoT (220 Kbps; formerly Cat-NB1 or Cat-M2). Cat-0, initially thought to be an adequate solution for certain future IoT uses, has proven unsustainable for various reasons, including a lack of differentiation compared to Cat-1. Cat-1 is already being used by a number of carriers in the United States and abroad for IoT use. Yet it is clear that this is temporary. Cat-1’s relatively wide bandwidth is overkill for many current and potential IoT uses and also costs approximately three times as much as Cat-M and NB-IoT chipsets.

For this reason, standardization has moved forward quickly toward lower cost and lower power technologies. For example, 3GPP recently finalized standardization on NB-IoT, when up until a few months ago it was considered a niche GSM EDGE radio access network study item from 2013. The speed at which both Cat-M and NB-IoT have been accepted is driven by two main factors: the need to replace aging 2G connections with more spectrally efficient and future-proof 4G alternatives; and competitive pressure from proprietary low-power wide-area technologies.

The current perception is that NB-IoT is the cheaper, nimbler option in comparison to Cat-M. But a closer look reveals quite a different story that is beneficial to understand. Following are three myths surrounding Cat-M and NB-IoT:

• NB-IoT is considered to have greater range.
o In reality Cat-M is quite similar in uplink and even better in downlink.

• NB-IoT is perceived to use less power than Cat-M.
o In reality, power is use-case dependent and is largely similar.

• NB-IoT is thought to be cheaper than Cat-M.
o In reality, the price difference is marginal.

NB-IoT does have the advantage in refarmed GSM spectrum topologies, while Cat-M offers a greater range of use cases. Simply put, Cat-M is equal to or superior to NB-IoT in many metrics, contrary to popular belief while having a time-to-market advantage – an important point when determining which technology to adopt.

Some of the industry’s biggest players are behind the strong push for NB-IoT. Led by Huawei and Vodafone and supported by vendors such as MediaTek and Nokia, these companies made unprecedented strides towards accelerating the standardization of NB-IoT at this year’s Mobile World Congress – including rare ad-hoc meetings – all in order to counter competition from proprietary technologies such as LoRa and SigFox, among others. Already, carriers in Europe, South Korea and Russia have chosen to adopt NB-IoT for their next generation low-power/low-cost IoT communications.

Yet, Cat-M holds the time-to-market advantage over NB-IoT, as it is expected to launch commercially in early 2017 – an estimated six to nine months before NB-IoT will launch. This is likely the reason several leading American and Asian carriers – such as Verizon Communications and AT&T have opted to adopt Cat-M as their initial go-to technology.

It is important to note that a significant number of carriers are still undecided – many of which maintain Cat-1 technologies for IoT uses. Likewise, we need to understand that the roll out of both Cat-M and NB-IoT networks will take considerable time. For example, looking back, LTE technology was already available in late 2008, but only gained mass-market adoption in 2012. Therefore, Cat-1 will still remain relevant for the foreseeable future as the market develops.

Current IoT communication solutions are seen as overkill in terms of power and cost for many of its applications. Cat-M and NB-IoT both offer lower cost and lower power consumption for a more efficient network. It is still unclear what relative momentum Cat-M or NB-IoT will gain in the market for IoT applications. However the key is that future chipsets that will support both Cat-M and NB-IoT will allow for greater flexibility and future-readiness.

For now, because of the lengthy transition period – likely two to three years – from current Cat-1 technology, it is wise to consider dual-mode chips that have the power and cost advantages of Cat-M and have a Cat-1 fallback. This is a smart approach for supporting a smooth transition to newer technologies.

Facebook
Twitter
Linkedin
Previous articleReader Forum: The race to 5G and setting a new standard
Next articleGlobal LTE subscriptions reach 1.45B at the end of Q2