RCR Wireless NewsIntelligence on all things wireless.
YOU ARE AT:5GHow will 5G impact carrier spending? 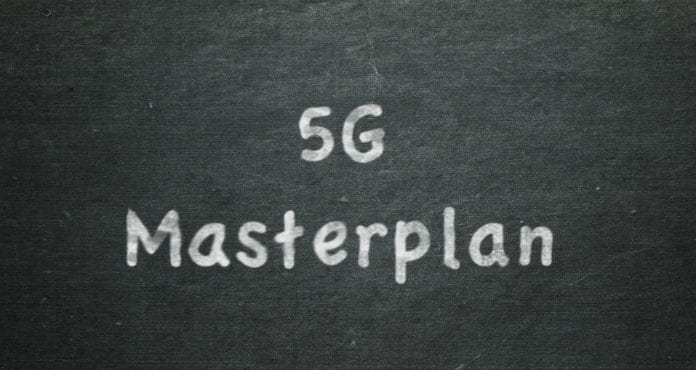 How will 5G impact carrier spending?

Although “5G” radios are still on the drawing boards, wireless carriers are already taking the next-generation wireless standard into account as they budget for the years ahead. No one knows for sure what the evolving 5G standard will specify, but carriers are starting to anticipate how network architectures will change.
“We’re basically building the foundation of 5G with our small cell C-RAN deployments in today’s environment,” said Jake Hamilton, director of engineering at Verizon Wireless, speaking on a recent RCR Wireless News webinar. “We are very active in looking at how to densify our network in the majority of our major metro dense urban environments, and also looking at how we bridge the existing cell sites to those C-RANs as well so that we can benefit from the [radio frequency] enhancements that are coming, not only with LTE but in the future with 5G,” he said.
“With 5G and the density you have to get with 5G you’re going to see a whole bunch of other technologies driving spend that aren’t necessarily traditional macro towers,” said analyst Aaron Blazar of Atlantic-ACM. “It’s going to be outdoor [distributed antenna systems], its going to be small cells, it’s going to be C-RAN. You’re going to see the hetnet emerge.”
The hetnet is not necessarily bad news for tower companies. Towers are logical aggregation points for small cell traffic, and tower work also will be needed to install the multiport antennas that support multiple-input/multiple-output.
“In a world where demand increases [and] spectrum is limited, solutions have to come from more infrastructure,” said SBA Communications CEO Jeffrey Stoops, speaking at this year’s Wireless Infrastructure Show. “I think 5G is going to fall right exactly in line with the historical trends, particularly if the expectations around latency and speed and throughput are going to be met. We’re not exactly sure what the final architecture is going to look like or what the standards are going to be, but I am very confident that the historical relationship between infrastructure, demand [and] spectrum will continue to hold true.”
Infrastructure will be critical, but some infrastructure investment is shifting to fiber and small cells, and that leaves tower owners with some questions to consider.
“In the non-macro world, what role do these macro tower providers provide?” said Blazar. “Are you going see a bunch of business pivots in that area? … I think that’s kind of a question that’s looming out there and will be decided based on the way the carriers choose to go.”
Tower giant Crown Castle has already started to invest heavily in fiber and small cells, and tower owner Digital Bridge Holdings has invested in the space through its recently-acquired stake in ExteNet Systems.
Crown Castle, ExteNet and other companies that build and operate small cell networks are learning that the site acquisition and construction processes for a small cell can be almost as complex as for a tower, but with a much lower return per site. Towers continue to offer much better rates of return, and for now some tower companies are content to stay the course, knowing that 5G will rely on macro sites as well as small cells.
“You are going to see more macros, but not at the scale we saw in the 3G to 4G move,” predicts Blazar. “You’re never going to get the density that you need by purely deploying macro sites.”
For more on the outlook for the tower sector as networks evolve, see our recent tower technology report and webinar.
Follow me on Twitter.

Navigating the wave of fiber funding: What happens next?