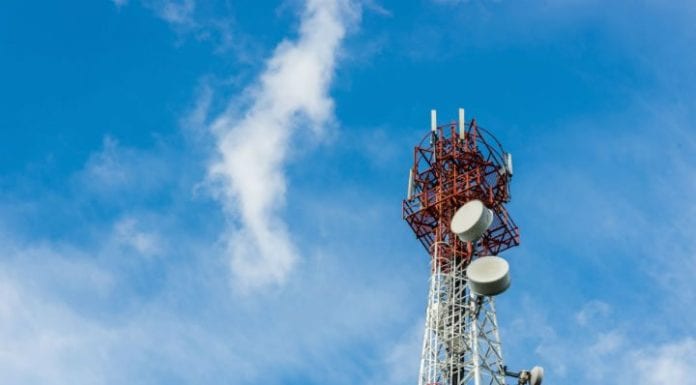 By 2017, there will be approximately 3.6 billion internet users around the globe, or about 48% of the world’s population. The growing demand for internet connectivity is generating increasing pressure on broadband networks to provide internet access. However, it is becoming clear the existing broadband infrastructure in many countries is not capable of supporting the demand for reliable, superfast broadband.
Copper/digital subscriber lines simply cannot deliver the performance needed for many of today’s internet services and applications. Conversely, fiber can be problematic to deploy in built-up urban and suburban areas, causing serious disruption and requiring considerable feats of engineering to install. It is more than logistics, costs also act as a barrier; fiber costs approximately three-times more than its copper counterpart and at $800 to $3,000 per subscriber, replacing DSL with fiber-to-the-premises connectivity is slowing down in many urban and suburban areas. It simply doesn’t offer the return on investment service providers need to roll it out ubiquitously.
A new method for the cost-effective expansion of high-speed broadband is required to bridge the gap between expensive fiber and low-performance copper. It must have the scale, speeds and capacity for the internet services of tomorrow, and offer the reliability that people expect from a next-generation broadband service. This requirement has opened up a market opportunity for service providers and vendors to take advantage of fixed wireless technology.
Fixed wireless involves the use of small outdoor access points delivering high-speed broadband to dozens of subscribers in a densely populated area. These sites can be connected directly to fiber or leverage short- or long-range wireless point-to-point connections to access nearby fiber. This makes the technology ideal for both hard-to-reach rural locations where fiber ends, and urban areas where delivering fiber to each subscriber is cost prohibitive. In suburban and urban areas, multiple APs can serve subscribers at short-range, and the network can be scaled with ease to service broader areas. The technology also mitigates the cost and disruption of digging trenches for fiber, which has traditionally been one of the main barriers to deployment.
Wireless technology offers high performance, gigabit internet speeds, rivaling the best fiber connections. It benefits from new innovations within the telecom industry, including the use of massive multiple-input/multiple-output technology, designed to improve the capacity of a wireless connection. It does this by adding more wireless streams that transmit and receive data on a radio channel, benefiting Wi-Fi and fixed wireless applications.
Fixed wireless access also can take advantage of low-cost unlicensed spectrum by combining massive MIMO with antenna beamforming technology to concentrate signals in the directions they are needed. The technology also can be supported by GPS synchronization with time division multiplexing protocol to synchronize transmissions across the network. This enables fixed wireless to exploit only a fraction of the scarce sub-6 GHz spectrum, while benefiting from improved signal propagation and near line-of-sight performance. It can coexist and avoid interference with consumer-deployed 5 GHz Wi-Fi even though they share the same spectrum. Subsequently, it does not have to rely on high-frequency millimeter wave bands, which, while widely available, will struggle to perform in outdoor urban environments where near line-of-sight operation is critical.
For traditional service providers, wireless broadband now makes it commercially feasible to extend broadband services to areas currently starved of connectivity to meet the call from customers and industry bodies for better broadband. However, the opportunity doesn’t just end with the established service providers as wireless broadband offers inroads for nontraditional service providers to muscle in on the incumbents. Wireless internet service providers can use wireless technology exclusively, competing directly on the speed and price of their wireless services. Equally, mobile service providers that currently don’t have a fixed broadband offering can easily move into the space, integrating wireless broadband solutions into their portfolios.
With this new promise of speed and scalability, even the “5G” cellular industry has shifted the focus of 5G technologies to fixed wireless applications. Recently, Verizon Communications CEO Lowell McAdam commented that fixed wireless “gives you the return on capital you need.” The cellular industry is quickly working with the Federal Communications Commission to open more spectrum to achieve multigigabit capacities, focusing on high-frequency upper millimeter wave bands. The 5G community is in agreement that the millimeter wave spectrum is not about actual mobility. It’s about very short-range fixed wireless access given the high subscriber density and short-range metropolitan backhaul to feed the points-of-presence. There are a number of technical hurdles to bypass, but in five years’ time we can expect to have progressed toward a profitable 5G, fixed wireless access model.
With the physical and economic challenges of wired broadband slowing down the availability of superfast broadband, the industry is in need of a new, cost-effective and convenient solution to connect end users more effectively. Fortunately, innovations in fixed wireless broadband have come along at just the right time, offering service providers a scalable, cost-effective solution to support the ever-increasing number of data-thirsty internet applications. Many service providers across the globe are already adding fixed wireless technology to their arsenal of products to better service their customers, open up new markets and undercut the competition. It is vital that other service providers act now to catch up.
Editor’s Note: The RCR Wireless News Reality Check section is where C-level executives and advisory firms from across the mobile industry share unique insights and experiences.