RCR Wireless NewsIntelligence on all things wireless.
YOU ARE AT:Analyst AngleAnalyst Angle: How enterprises can manage CYOD 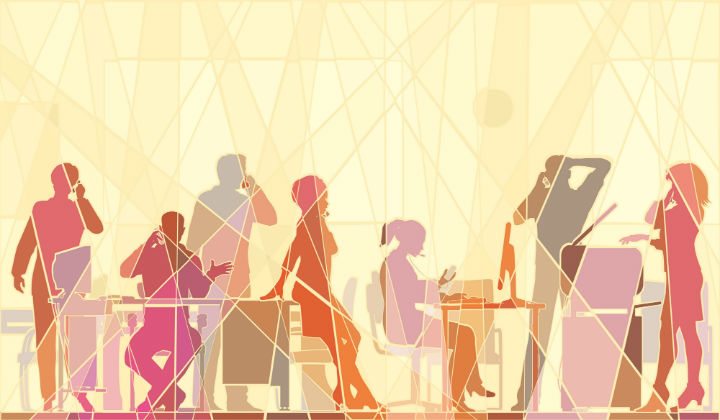 Enterprises have seen their IT strategies transform from managing BYOD to overseeing CYOD, which then calls for MDM, MCM, MAM and EMM

For many years, “bring-your-own-device” strategies have been popular in enterprises. This came about because users wanted to bring their own personal mobile devices – smartphones, tablets and even laptops – to the office, often without the enterprise IT organization knowing anything about it.
The IT organization would find out about it when the employee made requests like: “All I want to do is get Internet access to do some web browsing on my tablet.” The enterprise IT organization would often accommodate the employees, especially if they were top executives.
But, BYOD migrated to lots of employees bringing their devices to the workplace after hearing that others were allowed to do so. It became an unmanageable situation when the employee asked for credentials to access their company email account or when they asked for the ability to access confidential company files. What looked like a one-off situation quickly migrated into everyone wanting to do such things. It became impossible for IT to effectively perform its responsibilities in such an environment.
At about the same time as BYOD was migrating from a one-off situation to becoming an unmanageable situation, the enterprise IT organization began using mobile device management software, which helps enterprise IT organizations keep track of mobile devices attached to the company’s network. Part of the adoption of MDM software entailed enterprise IT getting a handle on the devices they would allow to operate on their network.
The company would sometimes issue a list of approved devices to employees. This would most typically happen with laptops, but smartphones and tablets also were considered. Thus, the enterprise developed policies that defined the devices they would allow to operate on the company’s network.
As a result, what started out as the employee defining what products they wanted to operate on the company’s network transformed into the company defining what products were acceptable to operate on its network. Thus, BYOD was no longer allowed. Instead, the company defined the list of devices and apps that were acceptable; whether the company issued them or the employee brought them into the office. The employee could then choose from among the acceptable devices. BYOD thus transformed into “choose your own device.”
Further, if employees brought one of the acceptable devices to work, they couldn’t get access to the company’s network without the IT organization enabling the device. The enterprise IT organization would install their MDM software on the approved device along with the approved apps, such as Microsoft Office and other apps built by the enterprise, as well as defining what confidential information could be accessed.
The company’s MDM software migrated from just managing the devices allowed on the company’s network to adding mobile application management due to the smartphones and tablets operating in more of an “app world.” And, to manage the information that was allowed to be accessed, the company utilized mobile content management software, which created “content lockers,” which allow only authorized employees to gain access to the different confidential lockers.
Today, most large and many medium-sized organizations use some form of software to manage not only their mobile devices but their desktops as well. The individual silos of software – MDM, MCM and MAM – have evolved to what’s now called enterprise mobility management.
CYOD is gaining popularity because it still enables employee-owned devices to be used inside the company’s offices. But, CYOD also enables corporate IT departments to put together policies regarding the use of mobile devices. They define what devices the company will support, what apps are allowed and what confidential data, if any, can be accessed. The basic tenet of CYOD is to provide a list of pre-approved devices which employees can bring to work, gain Internet and email access, and be productive.
CYOD enables enterprise IT to deal with the onslaught of mobile devices that employees desire to bring into the company. The major vendors of EMM software include AirWatch, BlackBerry (with Good Technology), Citrix, IBM, Microsoft and Mobile Iron.
And, companies typically require employees be given the policies regarding the use of devices and apps. They are asked to sign an agreement that they adequately understand the policies regarding EMM so there is no misunderstanding as to what is allowed and what is not allowed regarding the use of the employee-owned devices and software when used by the employee. For example, the employee needs to know the enterprise software and information on the employee’s device will be removed (wiped clean) once they leave the company.
Thus, enterprise IT should establish a solid set of CYOD policies and then implement them so everyone knows about them and can comply with them. This makes life easier for the enterprise IT executive as well as the employees.

J. Gerry Purdy, Ph.D., is the principal analyst with Mobilocity LLC and a research affiliate with Frost & Sullivan. He is a nationally recognized industry authority who focuses on monitoring and analyzing emerging trends, technologies and market behavior in mobile computing and wireless data communications devices, software and services. Purdy is an “edge of network” analyst looking at devices, applications and services as well as wireless connectivity to those devices. He provides critical insights regarding mobile and wireless devices, wireless data communications and connection to the infrastructure that powers the data in the wireless handheld devices. Purdy continues to be affiliated with the venture capital industry as well. He spent five years as a venture adviser for Diamondhead Ventures in Menlo Park, Calif., where he identified, attracted and recommended investments in emerging companies in the mobile and wireless industry. He has had a prior affiliation with East Peak Advisors and, subsequently, following their acquisition, with FBR Capital Markets. Purdy advises young companies that are preparing to raise venture capital. Purdy has been a member of the program advisory board of the Consumer Electronics Association that produces CES, one of the largest trade shows in the world. He is a frequent moderator at CTIA conferences and GSM Mobile World Congress. Prior to funding Mobilocity, Purdy was chief mobility analyst with Compass Intelligence. Prior to that, he owned MobileTrax LLC and enjoyed successful stints at Frost & Sullivan and Dataquest (a division of Gartner) among other companies.
Editor’s Note: Welcome to Analyst Angle. We’ve collected a group of the industry’s leading analysts to give their outlook on the hot topics in the wireless industry.