RCR Wireless NewsIntelligence on all things wireless.
YOU ARE AT:OpinionReader Forum: 4 trends for data centers in 2016 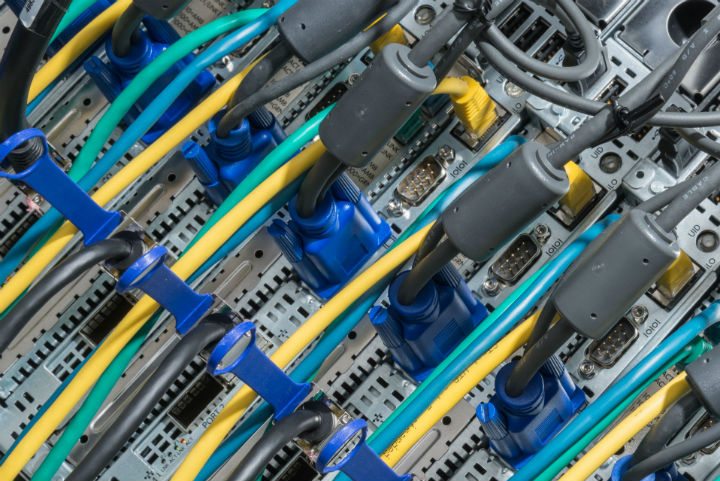 Flexenclosure looks at what advances we should expect in data centers, which are becoming an increasingly important component of telecom operations

The proliferation of smart handsets, constant rollout of new applications and the ongoing expansion of mobile networks into previously under- or entirely unserved communities in developing regions like Africa is driving exponential data growth that shows no signs of abating any time soon.
To cope with this data boom, increasing numbers of new mega data centers are being built by the Internet giants and we expect this trend to continue. However, simply building bigger and bigger facilities is not the whole answer, and here are four trends that I believe will be increasingly adopted in new data center construction projects:

Prefabrication as a construction method, rather than traditional brick and mortar, is undoubtedly the best way to maximize data center agility. The reasons are myriad – faster time to market; easy expansion without interrupting ongoing operations; higher quality control during initial clean room factory construction; the ability to pretest all systems before deployment in the field; guaranteed project times, construction budgets and facility efficiency; etc.
It is also the only guaranteed way to construct data centers in developing nations where the technology and skills required for the construction of high tech ICT facilities are few and far between.
However, it’s important to distinguish between very restrictive ISO container-based modular solutions and more flexible prefabricated systems. ISO containers do have one advantage of being deployable extremely fast, but their very narrow internal space offers no flexibility whatsoever, which is a real issue for most data center operators, especially with the trend towards taller racks and higher power density in each rack. On the contrary, prefabricated solutions offer unlimited flexibility in terms of open white space and can be built with a ceiling height of up to five meters in order to accommodate the latest generation of taller racks, basically providing all of the benefits of traditional buildings but with none of their limitations.
Demand for flexible, turnkey, modular, prefabricated data centers is increasing worldwide and all the signs are that this trend is set to accelerate.

Most servers require DC to operate and 48-volt DC would have been an ideal standard. However, the increased cable loss due to its low voltage (especially over longer distances) made 48V DC nonviable. The result is that most server racks today start with an AC feed, which is then converted by an AC to DC converter built in to each server, but the downside here is that each and every conversion increases inefficiency, resulting in a negative impact on the facility’s power usage effectiveness.
Having assisted in the deployment of many large-scale data centers for telecom operators, I have experience from using a mix of equipment of which some is powered using AC and some using 48V DC. I have therefore been following the developments in the 380V DC sphere with great interest. There is a leading example (Eltek’s High Voltage 380V DC solution) which, when compared with 48V DC reduces costs, requires less copper cabling, less space and simplifies deployment. It also avoids the confusion of multiple voltage ranges and frequencies. And a major advantage I see in this solution is the innovative way it removes the need for switchgear, which can often be the single point of failure. As such 380V DC looks to be an ideal solution for the future and as more power equipment and server manufacturers start adopting it as a standard, I expect to see increasing numbers of high voltage DC data centers being built.

Mega data centers may well be able to cope with huge volumes of traffic. But as networks expand and ever more geographically distant consumers come on line, latency will become a major issue. To mitigate this, there will be an increase in the number of edge data centers built nearer to the consumers they serve. These can initially be deployed as micro data centers and then be upgraded to full blown facilities as the traffic growth continues.
A good example of a company needing its content closer to its consumers would be one such as Netflix, which cannot afford for their streaming services to their more remote consumers to suffer from latency. They’ve moved all their content to the Amazon Web Services cloud, and Google are now getting serious in this space too. Further, with new legislation in some countries mandating that certain categories of data must be stored within their borders, we foresee increasing numbers of edge data centers being built closer to the communities they serve.
In fact, the increasing demand for new edge data centers is one of the drivers of the prefabricated modular data center trend mentioned above, as it is the ideal approach for operators who need to rapidly deploy multiple smaller regional or national facilities that can then grow over time as their business expands.

Internet giants like Alibaba and Facebook design their own server racks and chassis for web services, instead of using standardly available packages. Modular chassis can include trays, power supplies, power distribution and system fans. Common drivers for such custom designs are to minimize cost, reduce power losses and to maximize the number of servers in each rack.
For large-scale data centers, the use of custom racks can accumulate considerable operational savings. Interestingly, the Open Compute Project freely shares its information on this and some manufacturers are already starting to produce open racks and chassis according to these specifications. I foresee that this approach may well become the future industry standard for web services.
These are four ICT and data center trends gaining traction right now. The data center industry has always been driven by innovation and its evolution in the coming months and years is sure to bring on many more transformative developments. There are exciting times ahead. 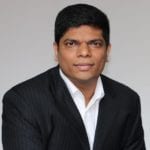 Srikanth Murugan is Global Director Sales Engineering at Flexenclosure, a designer and manufacturer of prefabricated data center buildings and intelligent power management systems for the ICT industry. He has spent nearly two decades working in the telecommunications industry around the world. He is particularly experienced in presales and project management, and balances keen business insight with deep technical expertise. For the last three years. Murugan has led the Sales Engineering function at Flexenclosure, responsible for designing bespoke customer data center solutions.
Editor’s Note: In an attempt to broaden our interaction with our readers we have created this Reader Forum for those with something meaningful to say to the wireless industry. We want to keep this as open as possible, but we maintain some editorial control to keep it free of commercials or attacks. Please send along submissions for this section to our editors at: [email protected]