RCR Wireless NewsIntelligence on all things wireless.
YOU ARE AT:5GTop 5 T-Mobile US Q1 highlights 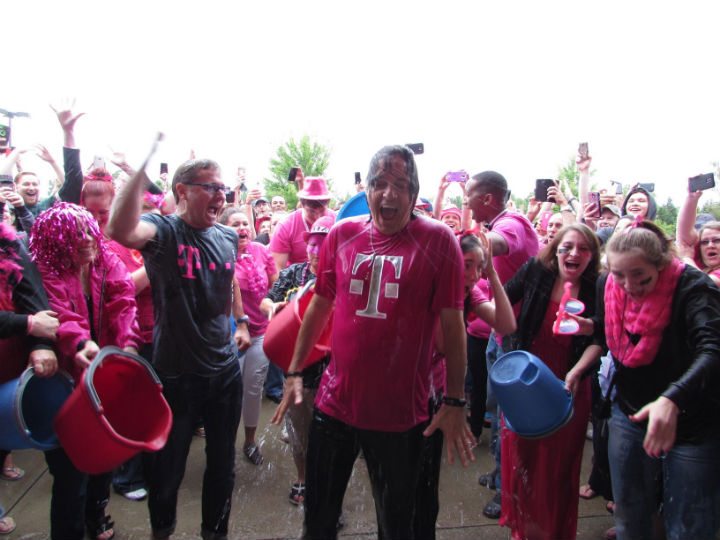 T-Mobile US this week posted another quarter of robust customer growth, especially in high-valued segments its rivals continue to struggle in. Following the release of its first-quarter numbers, T-Mobile US hosted its usual conference call with industry analysts and anyone else through various social media channels where it provided more insight into its current operating position.

Here we summarize the top five most interesting facts from that session.

And, T-Mobile US managed its robust postpaid growth while still showing strong results in the prepaid segment, with its MetroPCS prepaid brand helping to attract 807,000 prepaid customers during the quarter. This growth has shown T-Mobile US’ ability to integrate the MetroPCS operations as well as is taking advantage of expanded geographic availability, with the carrier noting plans to add up to 1,000 new MetroPCS retail locations this year.

T-Mobile US COO Michael Sievert noted the carrier thinks some of that growth is coming at the expense of Sprint’s postpaid offerings, which could be revealed when Sprint announces results next week.

T-Mobile US did note through the first weeks of Q2, the AT&T Mobility porting ratio had climbed back up to 1.8-to-1, while with Verizon Wireless it had crept up to 1.5-to-1.

3. T-Mobile US said this week it added $1.35 billion in additional borrowing capacity from parent company Deutsche Telekom for use in acquiring spectrum licenses. The move puts T-Mobile US’ total funding for new spectrum at $9 billion.

The carrier noted during Q1 it had entered agreements to acquire additional A-Block 700 MHz spectrum licenses, pushing its low-band licensed coverage base to 258 million potential customers. And, it was also in the midst of participating in the Federal Communications Commission’s 600 MHz incentive auction proceedings, which it has repeatedly said it plans to be a very active participant.

4. Equipment installment plans for the moment remain T-Mobile US’ preferred device financing model over leasing plans. The carrier noted just 14% of new device sales during Q1 were through a leasing plan, with Sievert explaining its sales team today is just better at selling its EIP product.

T-Mobile US also noted the carrier’s unlimited data promotion during Q1 and its ability to support the promotion was helped by its Binge On platform that has helped the carrier reap approximately 10% in network efficiency savings and thus better deal with data-hungry consumers.

5. T-Mobile US remains a strong supporter of so-called “5G” technologies, but feels its current LTE-based network has plenty still to offer. T-Mobile US CTO Neville Ray noted the carrier was on track to deploy 4×4 multiple-input/multiple-output antenna technology this year, as well as begin deploying three-way carrier aggregation in some markets by mid-year with support for peak network speeds up to 300 megabits per second.

Despite continuing standards issues and interference concerns, T-Mobile US said it was still looking to push an LTE unlicensed solution to market this year, though it’s more likely such a deployment may have to wait until at least 2017. The carrier also said it expects to next year begin the roll out of AWS-3 spectrum in the 1.7/2.1 GHz bands it acquired during a FCC auction last year, which will further the carrier’s ability to bolster its current LTE network.

In terms of network expansion, T-Mobile US said it will likely sit out participation in the First Responder Network Authority plans to launch a nationwide public safety network in partnership with established carriers. Though interested in acquiring access to more low-band spectrum, T-Mobile US noted the timing and potential complexity of FirstNet’s plans did not align with the carrier’s current network plans.