RCR Wireless NewsIntelligence on all things wireless.
YOU ARE AT:OpinionReader Forum: Gigabit-to-the-home and the art of chess 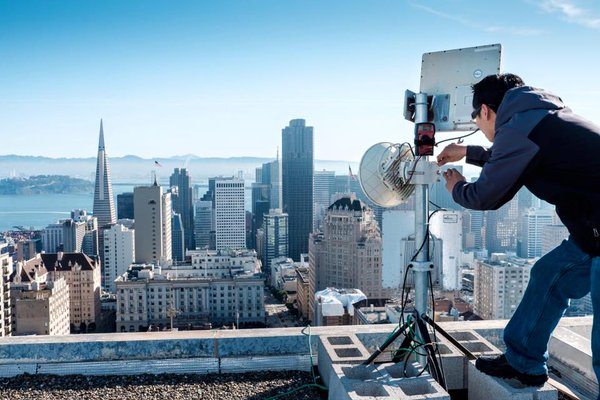 Reader Forum: Gigabit-to-the-home and the art of chess

Building a gigabit network is like a game of chess. In chess, you maneuver your pieces to occupy the best positions and to protect them from the opponent. In the end, any successful strategy must use a combination of the queen – the strongest, most expensive tool – and other pieces like pawns to execute a successful endgame. So, what is that endgame for next-generation communications networks? Bringing gigabit-to-the-home connectivity to the most customers, as quickly as possible in the most affordable way.

This is what the Brookings Institute’s Blair Levin calls the “game of gigs,” a term to describe the calculus of communities, municipalities and network providers trying to provide more speed for customers, institutions and businesses. To win this game – building a gigabit broadband network while optimizing for speed and returns – network providers need a broader and more robust toolkit. They need to use all the pieces on the board.

Providers can combine high-frequency millimeter wave wireless connections with traditional fiber in different parts of the network to build better networks, faster. Combining these technologies – a hybrid fiber-wireless model – has the potential to get many more companies and communities in the gigabit game in short order.

Strategy No. 1: jumping over hurdles in the gigabit race

Most GTTH networks have fiber driven deep into the network, owing to its reliability, ability to deliver abundant bandwidth and position as a “future-proof technology.” Deploying fiber is an expensive process, however. On average, construction in urban areas costs $10.84 per foot for buried fiber, $28.26 per foot for new underground construction and $7.20 per foot for aerial. But, using fiber-like wireless – millimeter wave wireless – for last-mile connectivity could save more than 50% on deployment costs at distances greater than 700 feet.

Like fiber, the queen is the most powerful and versatile tool in the game. She can move any distance and in any direction. But, like fiber, she needs a path clear of hurdles (or in fiber’s case, fairly involved installation). Conversely, a knight can jump over hurdles into a desired position. And this is what fiber-like wireless technology can do: leap over physical barriers, avoiding expensive and time-consuming trenching.

Strategy No. 2: mastering your pieces determines which positions you will control

The economics of broadband deployment lead network providers to avoid locations, such as low-income neighborhoods and rural areas where the business case is negative or marginal. Communities, mindful of the danger of widening the digital divide, have a commitment to serving every location.

Using fiber-like wireless connectivity, every multidwelling unit may enjoy gigabit service and adding more locations actually strengthens the network. For example, installation in one MDU brings other MDUs or homes into “line of sight,” adding the new set of MDUs brings other buildings into line of sight of the equipment and so on. The once nonstrategic MDU suddenly becomes an important part of the network in that particular area. And as the saying goes, “there are times when a well-placed pawn is more powerful than a king.”

Strategy No. 3: getting there first – speed matters

When a provider announces they’re bringing a gigabit to a community, the press release is greeted with fanfare. But what happens next? It is a fact: a lengthy deployment exposes the provider to competitive risk. We have watched this happen in the United States over the last several years. To protect service territories, competing providers apply all kinds of strategies to undermine the feasibility of a project. Most often, a provider may cherry-pick a few of the challenger‘s lucrative neighborhoods to reduce its coverage scope and jeopardize its future cash flow and profitability. In the race to a gigabit, first to market matters.

The most incredible advantage of the fiber-like wireless tool is speed of deployment – weeks rather than months. Fiber-like wireless helps providers become invulnerable to the competition’s cherry-picking by getting immediate access to customers, while planning and executing a longer term fiber deployment.

Getting to a gig

Hybrid fiber-wireless networks are in their infancy, but not for long. The model is already proving itself: consider that the fastest Internet in San Francisco is delivered by a combination of fiber and millimeter wave radios. The “game of gigs” is about to get a lot more interesting.

Oren Katz is a business development specialist with Siklu.