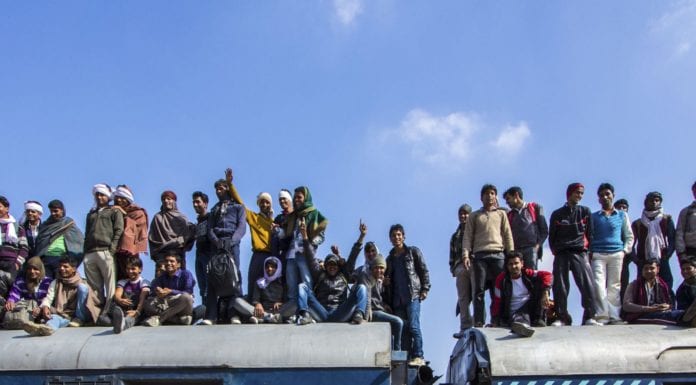 With this new regulation, providers will be no longer allowed to offer or charge discriminatory tariffs for data services on the basis of content being accessed by a consumer.

For example, Internet.org is a partnership led by Facebook and including Samsung, Ericsson, MediaTek, Opera, Nokia and Qualcomm. The idea is to provide access to services like Babycenter, which provides health information to mothers, or SmartBusiness, which takes you through the mechanics of starting a business.

However, the entire concept has been flagged in some circles as a violation of net neutrality in that Facebook and its partners act as the arbiter of content accessible through the service – commonly known as a walled garden. Quartz India writer Alice Truong called it “poor Internet for poor people” in a Dec. 28 article.

To add context, India’s telecommunications regulator in December asked Facebook partner Reliance, a major service provider in India, to shutdown Internet.org in the country as the net neutrality issue is considered. That prompted Facebook CEO Mark Zuckerberg to write an op-ed piece published in the Times of India that asks, “Who could possibly be against this?”

TRAI’s request came to fruition on Feb. 8 and Free Basics was shut down. The regulator also ruled that service providers will not be allowed to enter into any agreement or contract with any natural or legal person that has the effect of discriminatory tariffs for data services being offered or charged by the service provider for the purpose of evading the prohibition in this regulation.

TRAI had issued the consultation paper on differential pricing for data services on December 9, 2015.

“TRAI has ruled that such pricing schemes, or any arrangement that comes to the same effect, violate Net Neutrality principles and as such, are banned,” IDC Asia Pacific associate director Shiv Putcha told RCR Wireless News. “The TRAI ruling is definitely a setback for Facebook. Their Free Basics program as it is currently designed must be withdrawn from India,” he added.

“This is important because India is the next big growth market for companies like Facebook, who despite their recent successes, face a fundamental growth problem. Blocked out of China, India is a strategic priority for Facebook,” Putcha said.

The analyst said that with this new regulation, Facebook will not be able to enter into any agreements with telecoms services providers or ISPs in India to subsidize or differentiate access to the company’s site.

“In the short term, this will have a negative impact for telecoms service providers who operate in an intensely competitive, cost-conscious and overwhelmingly prepaid market like India. There are literally thousands of data plans, bundles and packages that are rolled out monthly and all these will need to reviewed and possibly retired within six months if they are in violation of the new guidelines”.

Facebook board member Marc Andreessen, in a tweet since deleted, wrote that, “Anti-colonialism has been economically catastrophic for the Indian people for decades. Why stop now?”

He soon walked that back in another tweet: “I am a huge admirer of the nation of India and the Indian people, who have been nothing but kind and generous to me for many years. I will leave all future commentary on all of these topics to people with more knowledge and experience than me.”

Facebook CEO Mark Zuckerberg called Andreessen out: “I found the comments deeply upsetting, and they do not represent the way Facebook or I think at all. India has been personally important to me and Facebook. Early on in my thinking about our mission, I travelled to India and was inspired by the humanity, spirit and values of the people. Facebook stands for helping to connect people and giving them voice to shape their own future. But to shape the future we need to understand the past. As our community in India has grown, I’ve gained a deeper appreciation for the need to understand India’s history and culture. I’ve been inspired by how much progress India has made in building a strong nation and the largest democracy in the world, and I look forward to strengthening my connection to the country.”

Smartphone shipments in India totaled over 100 million units during 2015, representing an increase of 23% compared to the previous year. By the end of 2015, the smartphone user base in India reached 220 million, surpassing the US market for the first time ever, according to the research firm.

“In 2016, we estimated software will become the new battlefield as players strive to differentiate their products and as a result we can see some potential tie-ups between handset players and Indian tech startups,” the analyst said.