RCR Wireless NewsIntelligence on all things wireless.
YOU ARE AT:SoftwareOpen source importance in NFV and SDN environments 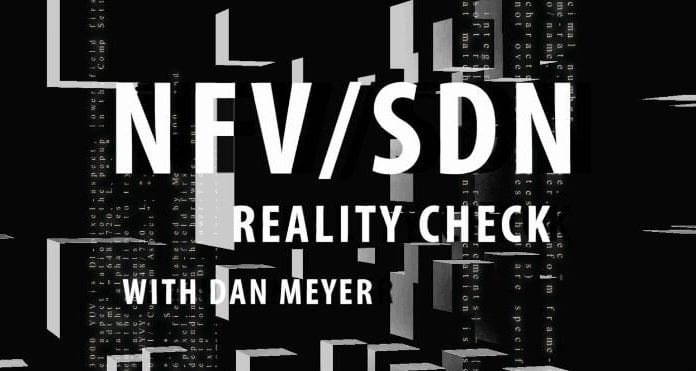 On this week’s NFV/SDN Reality Check, we speak with Metaswitch on the importance of open source for telecom virtualization

This week we spoke with Andy Randall, GM for the networking business unit at Metaswitch, on how the company looks at the importance of open source as telecom operators move towards virtualization.

Randall also touched on the challenges facing the software market as it looks to migrate virtualization platforms from the data center to the telecom space as well as some new technologies like containers that are being used to simplify virtualization management.

Also this week, AT&T updated its steady march towards a virtualized future, which will see the carrier hit software control of 75% of its network by 2020 using SDN and NFV technologies.

In updating its progress, John Donovan, SEVP for technology and operations at AT&T Technology, said the telecom giant was on track to have 50% of its planned software built using open source software. Donovan said AT&T was asking vendors to focus their efforts on using and supporting OpenStack as well as AT&T’s plans to continue working with open source industry groups like OpenDaylight, OPNFV, ONOS and the Linux Foundation.

Donovan told attendees at this week’s AT&T Developers Summit the carrier was looking for a better balance between standards and open source in its approach to software.

In addition, Donovan said the company’s deployment of its AT&T Integrated Cloud nodes hit 74 nodes at the end of last year, ahead of its target of 69 nodes deployed. This included international deployments, which Donovan said allow for better alignment with local regulations and improve security.

In increasing its focus on cloud deployments, Donovan also asked developers to keep cloud in mind when they develop applications, which should ease integration down the line.

Donovan also touched on AT&T’s continuing big data focus, noting AT&T Labs recently created an open source big data visualization tool dubbed nanocubes, which is designed to provide a real-time map of millions or even billions of data points from across the network.

Openet said beginning March 31, it will provide free access to the software for operators, system integrators and VNF vendors. The company said the move is designed to hasten the adoption of vendor interchangeable and interoperable virtual network functions and allow operators to more quickly benefit from advances in NFV technology.

To further the move, Openet said it plans to release a community edition of its platform, which is currently an ETSI compliant VNF manager for configuration management, monitoring, recovery, VNF orchestration and lifecycle management in mutlidomain and multivendor VNF environments.

Make sure to join us again next week for a new episode of NFV/SDN Reality Check when we are scheduled to speak with Sonus on what’s next for NFV and SDN.