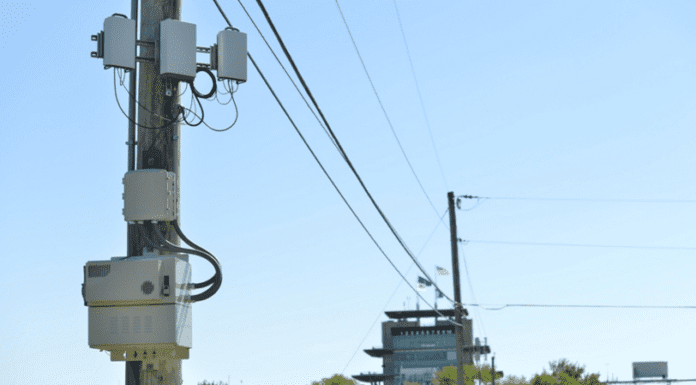 LOS ANGELES – All four nationwide carriers are set to invest in small cells and distributed antenna systems next year, with the two largest carriers leading the way. That forecast comes from Marc Ganzi, the wireless investor who founded Global Tower Partners and sold it to American Tower for $3.3 billion.

Ganzi recently made a big bet on heterogeneous networks with the purchase of ExteNet Systems. He told the audience at this year’s HetNet Expo that DAS and small cells will be a focus of carrier investment in 2016 and beyond.

“The total market will increase 5x by 2020,” said Ganzi. “As we turn the page into 2016, we believe all four carriers will be investing next year.”

Ganzi expects to see Verizon Wireless deploy roughly 60,000 new nodes in the months ahead, and thinks AT&T Mobility will add up to 40,000. Sprint is seen as the wild card, he said, but he believes Sprint will eventually come forward with a significant small cell investment. Once the other carriers show their hands, Ganzi expects T-Mobile US to also make a move in small cells.

“T-Mobile is traditionally a laggard in [capital expense], but they will have to respond,” Ganzi said.

So far, small cells have been a tough nut for carriers to crack. Finding available real estate just where a cell is needed can be hard, and even if the right real estate is available, power and backhaul may not be. But carriers need to densify their networks to guarantee consistent user experiences. If one carrier leads the way, the others are likely to follow suit in an effort to keep customers from switching.

Ganzi was quick to add that the tower business remains healthy, but that it is not expected to see the growth that small cells and DAS will see.

Wi-Fi is the big unknown that gives some investors pause, Ganzi said. “You’d be surprised how many investors we talk to that say ‘Wi-Fi is going to kill DAS,'” he said. “For some odd reason everyone thinks Wi-Fi is the great disruptor.”

“The biggest self-performer is AT&T with 10,000 nodes,” said Ganzi. AT&T reduced its financial commitment to DAS while it was in the process of buying DirecTV, Iusacell and Nextel Mexico, but Ganzi expects the carrier to increase its spending in the months ahead. He said that the carriers will spend more on indoor DAS than outdoor for the next two years.

Ganzi said 270,000 total nodes are needed indoors and outdoors to support the demand for mobile data. “That’s a much faster growth trajectory than when the tower industry was in its heyday,” he said.

Tower companies are well positioned to help the carriers build out these networks, in part because of their experience with site acquisition. “A lot of real estate needs to be acquired,” Ganzi said. “A lot of property owners are going to have their doors knocked on.”