RCR Wireless NewsIntelligence on all things wireless.
YOU ARE AT:Network InfrastructureVerizon covers its bases at MLB All-Star Game 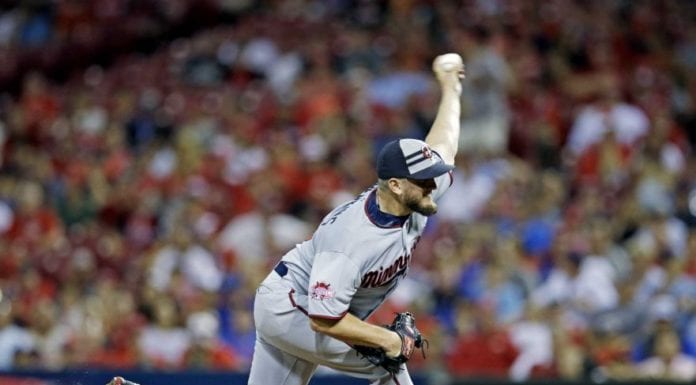 Verizon Wireless could not control the weather at this year’s MLB All-Star Game, but the carrier did try to plan for every contingency related to mobile data use. Like the other nationwide carriers, Verizon has a distributed antenna system to keep subscribers connected at Great American Ballpark. But unlike the others, Verizon did not invest in a DAS head-end at the park.

Verizon saved time, space and $1.5 million in equipment costs by using a shared head-end to power its DAS at the ballpark. The carrier already had a DAS less than a mile away at Paul Brown Stadium, home of the Cincinnati Bengals. The same head-end was used for the high-power remote units that are mounted in public areas throughout Great American Ballpark.

“We’re seeing a technical trend toward base station ‘hoteling’ whereby the carrier base station and DAS head-end gear is placed in a remote location from the venue,” said Mike Collado, VP of marketing at SOLiD Technologies, which supplied Verizon’s DAS equipment for both stadiums.

The base transceiver station is shared by the two stadiums. Although the Major League Baseball and National Football League seasons do overlap, it is uncommon for both stadiums to be packed at the same time. Total capacity of both venues combined is almost 108,000, roughly the same number of people who can fit into Michigan Stadium, the nation’s largest sports stadium.

The centralized head-end gives Verizon the ability to deploy capacity when and where it’s needed. SOLiD said that Verizon can determine capacity needs in real time and adjust the series of remotes to increase or power back macro cell sites.

“Baseball fans expect a first-class experience when attending games, and part of that is being able to use their devices wherever they are in the stadium – whether they’re monitoring other league news, sharing updates with friends, or voting on the player of the game,” said Chris Hullihan, sales director at Ericsson, which deployed the SOLiD DAS gear at Great American Ballpark.

In theory, a centralized head-end could be shared by more than one mobile operator, but at this time operators still deploy their own DAS in each venue they want to serve. All four nationwide carriers have distributed antenna systems at Great American Ballpark. AT&T dealt with the limited space in the stadium by deploying a digital DAS system that eliminates many of the remote radio heads and attenuation panels used in traditional DAS.

LTE is especially important to fans at this park, because the ballpark Wi-Fi is not always reliable. The stadium said earlier this year that it was planning to install more Wi-Fi, but two recent reviews from TripAdvisor indicate that Wi-Fi is far from ubiquitous at the stadium.