RCR Wireless NewsIntelligence on all things wireless.
YOU ARE AT:Network InfrastructureSmall cells: 4 reasons the outlook is changing 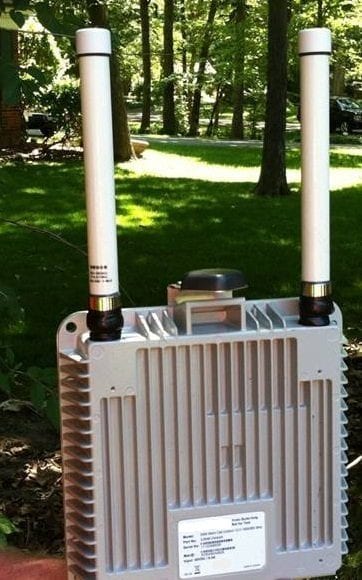 Small cells have been “set to take off” for several years, but many projects and deployments remain grounded. Now as carriers start to explore voice over Wi-Fi, some are wondering if small cells will ever come into their own. Key decision-makers within carrier and vendor organizations still say the answer is “yes.” Here are four reasons why:

1. The spectrum equation is shifting
Carriers can add capacity to their networks by deploying more spectrum, or by making more efficient use of the spectrum they have. Densification of the network with outdoor small cells is a way to get more capacity from existing spectrum. Verizon Wireless noted in comments made after the recent AWS-3 spectrum auction that the comparison between spectrum costs and small cell costs has “changed dramatically.”

“Small cell deployments will be an increasingly cost-effective way to add capacity while at the same time improving cell edge performance and thus further increasing the value of the spectrum we hold,” said Verizon CTO Tony Melone. He said that as spectrum is becoming more expensive, small cell technology is improving and fiber backhaul is becoming more widely available and affordable. “Technology is driving both operating expenses and capital expenses in the right direction,” he said.

Verizon is not limiting its outdoor small cell deployments to urban hot spots. In Cleveland, for example, the carrier has complemented 30 downtown small cells with another 30 in the suburbs.

2. Vendors are making it easier for carriers
Vendors have learned that bringing the right solutions to market is not enough. They are helping carriers acquire sites, identify power and backhaul options, and find installers and integrators in order to expedite deployments and keep costs under control.

Analyst Nick Marshall of ABI Research said that Alcatel-Lucent has made the most progress here with its Metro Cell Express Site Certification Program, which matches the weak spots in a carrier network with power and backhaul resources, as well as with public and private real estate that is available for deployment.

Alcatel-Lucent will of course be joining forces with Nokia, as the two companies have announced plans to merge next year. Nokia has acquired a strong small cell deployment capability in the U.S. with its recent purchase of SAC Wireless. The company’s program for carriers is called Services for HetNets.

Ericsson has launched Small Cells as a Service to facilitate deployments for carriers. The network-equipment giant wants to deploy small cell networks that will serve multiple carriers from a single location.

Huawei is partnering with facilities owners that can provide location, power and backhaul for small cell deployments. The company calls its solution Crowd-sourcing Small Cells, and incorporates an open platform which supports third-party interfaces.

3. Enterprises are willing to foot the bill
“Building owners in hotels and hospitals are getting desperate for mobile coverage, and are willing to pay for their own infrastructure,” said analyst Joe Madden of Mobile Experts.

Nokia’s SAC Wireless has already completed projects for enterprise customers who paid for their own systems. The company said that many venues are too small to attract carrier investment, but that once a system is in place the carrier will bring connectivity.

“We go out and build a neutral host system for [the enterprise] and they fund it,” said SAC Wireless CEO Bill Koziel. “The carrier may not invest the capital of building that infrastructure, the building itself may have to do that, but the carrier is more likely to join a system that is already in place. It’s a better use of capital.”

Enterprise investment in small cells should also be facilitated by partnerships between small cell providers and Wi-Fi access point vendors. Makers of Wi-Fi equipment are starting to incorporate small cells into their product offerings.

“One of the things that everyone agrees on is that at some point in time we will need more spectrum, and the only place where we can find it is in the very high frequencies,” said Lauri Oksanen, head of research and technology at Nokia Networks.

“Below the 6 GHz band is where communication takes place today,” explained Jeff Philips, senior product manager for National Instruments’ LabVIEW solution. “Above that the frequencies were too exotic, the researchers didn’t even think we could do bandwidth communication across that spectrum and now with some of these different research applications – 28 GHz, 38 GHz, even all the way up to 60 GHz, we’re starting to see some of these different applications prove out the ability to stream data,” he said. Nokia’s 73 GHz is of course using an even higher frequency.

“As you look at the emergence of massive MIMO and millimeter wave as complementary technologies, I really think that the development of those and the theories behind those will really help small cell get to the point where a lot of the pundits were expecting it to be by this point already,” said Philips. “The higher frequencies that we’re seeing out of millimeter wave will help with the application of densification within the small cell research area.”