RCR Wireless NewsIntelligence on all things wireless.
YOU ARE AT:EMEAEMEA: From Düsseldorf to Silicon Valley, the NFV revolution is coming 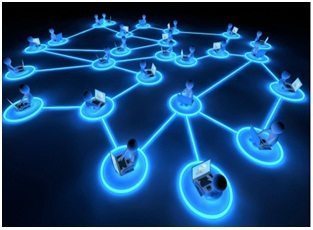 EMEA: From Düsseldorf to Silicon Valley, the NFV revolution is coming

When more than 1,300 global industry experts converged on Düsseldorf, Germany, last week for the SDN and OpenFlow World Congress, one of the hottest topics was network function virtualization.

(Although it’s only three years old, NFV has become so important it apparently warrants its own congress in the tech capital of the world, Silicon Valley. The first NFV World Congress is scheduled to be held next May in San Jose, Calif.)

The growing interest in the technology has brought more than 150 companies into the field and by some accounts companies working with NFV and software-defined networks could create $20 billion in market value.

So what’s all the fuss about NFV? According to proponents, it has the potential to revolutionize the wireless industry. Essentially, NFV takes many functions traditionally performed by hardware and allows them to be run on software platforms – acting very much like a cloud made for carriers. NFV can handle such functions as switching, routing, firewalls and deep-packet inspection. The technology could transform how mobile operators manage networks and deliver services.

This means greater flexibility and lower costs as NFV is designed to ease provisioning by allowing operators to program service delivery through open APIs and develop new services. Working in software also creates the opportunity for more efficiency, simplifying management and orchestration as well as increasing the ability to scale up or down and allocate resources such as CPU and memory to meet demand.

Since NFV moves many functions onto software, operators will no longer have to rely on expensive tailor-made proprietary hardware. They can use commercial-made equipment. NFV also lowers operating costs by increasing automation and reducing the need for specialization, meaning operators can employ technicians with more general IT skills.

With these benefits, it’s no surprise that many carriers are behind the push for NFV. When the call to action to develop this technology was first issued back in late 2012, it was answered by 13 big players in the telecom industry including AT&T, BT, China Mobile, Deutsche Telekom and Telefónica, among others. They established a NFV Industry Specification Group through the European Telecommunications Standards Institute to create an NFV standard.

According to the ETSI group, the NFV specification work is on track, and the group expects to make the first release by the end of this year. Already, there have been 23 official proofs of concept, multivendor implementations, which are intended to show the viability of NFV. In Düsseldorf, a dozen PoC demos were on display in an NFV PoC Zone hosted by ETSI.

Even amidst the hype, there are some drawbacks to a move to NFV, including the significant investment of time and money any large change entails. The biggest drawback to NFV is that the switchover could cause problems with network reliability, quality and performance.

Nevertheless, the drive to NFV seems to be picking up steam. Infonetics expects NFV to move out of lab and field trials this year with commercial deployments starting in 2015 and expanding in 2016. In fact, nearly every operator surveyed by Infonetics in April said they planned to deploy NFV at some point. And in September, Nokia Networks announced it has the first commercial carrier-grade cloud ready to go live by the end of this year.

All this leaves little doubt that NFV is coming. It’s time to prepare for its arrival.

Sara Zaske
Contributor, Europeszaske@rcrwireless.com Sara Zaske covers European carrier news for RCR Wireless News from Berlin, Germany. She has more than ten years experience in communications. Prior to moving to Germany, she worked as the communications director for the Oregon State University Foundation. She is also a former reporter with the San Francisco Examiner and Independent, where she covered development, transportation and other issues in the City of San Francisco and San Mateo County. Follow her on Twitter @szaske