RCR Wireless NewsIntelligence on all things wireless.
YOU ARE AT:CarriersCarrier Wrap: T-Mobile US set to launch $100, 4-line rate plan 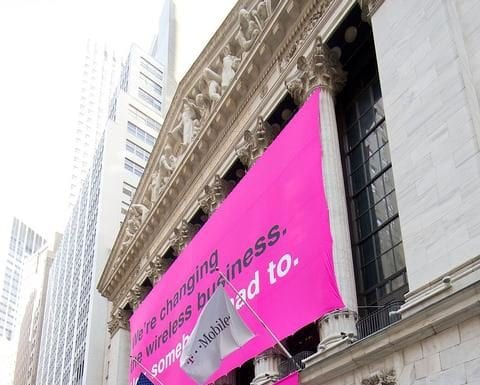 Editor’s Note: Wireless operators are a busy bunch, and as such RCR Wireless News will attempt to gather some of the important announcements that may slip through the cracks from the world’s largest carriers in a weekly wrap-up. Enjoy!
Just ahead of its planned release of second quarter financial results, T-Mobile US launched a new limited-time rate plan aimed directly at successful offerings from larger rivals AT&T Mobility, Verizon Wireless and Sprint.
T-Mobile US said that beginning July 30, which is the day before its Q2 results are set to be announced, customers can sign up for a new rate plan that offers unlimited voice calling, messaging and 10 gigabytes of data shared across four lines for $100 per month. One catch is that the offering is only good through the end of 2015, at which point the rate plan will revert to a regular rack plan.
T-Mobile US’s current family plan provides unlimited voice calling, messaging and 1 GB of data per line for $100 for four lines, or with 3 GB of data per line for $130 per month.
The new offering is not deemed worthy of T-Mobile US’ “un-carrier” announcements nor does it seem to wholly fit in with its customer-first mantra as a customer’s plan will be changed regardless of the customer’s wishes, with those terms written in small print at the bottom of a blog post from CEO John Legere.
The plan looks to tackle the rush of four-line plans offered up by rivals earlier this year. Sprint was the first out of the block in early January with its Framily plan that for $160 per month offered unlimited calling, messaging and 4 GB of shared data across four lines. That competition heated up in early February when AT&T Mobility began offering 10 GB of data to go along with the unlimited voice calling and messaging across four lines for $160 per month, which was then matched in April by Verizon Wireless.

Verizon Wireless and AT&T last week released second quarter results that showed strong postpaid customer growth, which could pressure T-Mobile US’ numbers that over the past year have been industry leading.