RCR Wireless NewsIntelligence on all things wireless.
YOU ARE AT:WirelessVideo optimization: Cache is king for fixed networks, but what about mobile? 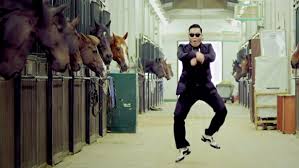 Video optimization: Cache is king for fixed networks, but what about mobile?

AT&T says consumer demand for mobile video is the primary reason it wants to buy DirecTV, and all wireless operators are busy trying to keep up with the demand for video. Netflix says its subscribers have nearly doubled their consumption of video on smartphones within the past year, and YouTube says 40% of its traffic is now on mobile devices.
Mobile users are clearly downloading more video than ever, and often many users in an area are requesting the same title or clip. Operators can save precious bits and bandwidth by caching those titles. Caching refers to the process of storing content within the network instead of repeatedly requesting it from the content provider. Cache is king in the world of video optimization over fixed networks, but it can be costly for mobile operators.
“Caching is more relevant for the fixed side because usually it pushes videos at a higher bandwidth towards the subscribers and it is usually located closer to the peering or transit links where it saves most of the overhead from the network,” said Yaniv Sulkes of Allot Communications.
Mobile operators are more likely to cache a few frames of a video at a time, close to the edge of the network, to enable a smooth progressive download. Or they may cache an entire movie near the edge if the title is particularly popular.
Smith Micro Software, ByteMobile, Allot, and Vantrix are among the video optimization vendors that offer caching. Many combine caching with real-time transcoding. “Our platform is able to accept a request for a known video asset and, if it’s not in mobile friendly format, it will transcode it on-the-fly and begin streaming to the mobile device within a few seconds. The converted file then is available as a traditional video on demand file,” explained Doug Jones, senior product manager at Smith Micro, adding that the title will be aged off the platform as its popularity declines.
ByteMobile said caching is used in tandem with other optimization strategies. The company said that caching is one way to improve the delivery of Netflix videos, which cannot be transcoded because they are encrypted.
“Netflix is the big dark hole that they can’t optimize,” said Strategy Analytics analyst Sue Rudd. Rudd said that other major content providers are also making their video less accessible to optimization vendors. She said that YouTube and Facebook are beginning to use Secure Socket Layer to transmit more video, making it harder for third parties to optimize.
“The network is going dark for two reasons,” she said. “The vendors that are delivering the short video clips like YouTube, from Google, are delivering it over Secure Socket Layer. That is essentially a nailed-up tunnel. And then vendors like Netflix have it encrypted so you really can’t optimize the bits and compress them any more.”
These challenges could create an opportunity for fixed network video optimization specialist Qwilt, which is courting mobile operators aggressively. Qwilt’s caching solution keeps top titles from Netflix and other providers close at hand. The company focuses on caching only the most popular video titles near the edge of the network. Qwilt said it has algorithms and engineers scanning reams of data to identify breakout videos before they can cripple a network. Its employees knew all about “Gangnam Style” long before the rest of us did. Qwilt said it has had success deploying its solution for cable operators and is now targeting mobile operators.
This article is an excerpt from an RCR Wireless News feature report, Video Optimization and Monetization for Carriers, available on demand.
Follow me on Twitter.