RCR Wireless NewsIntelligence on all things wireless.
YOU ARE AT:WirelessMobile video: the tip of the iceberg? 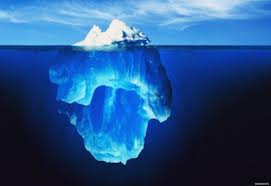 Mobile video: the tip of the iceberg?

Mobile operators have invested billions of dollars in 3G and 4G networks, and when users get access to them they don’t hesitate to download and upload video. When stalling and buffering video clips prompt subscribers to complain and churn, carriers may start to feel that mobile video could sabotage their networks like the iceberg that downed the Titanic. And now it looks like carriers have only seen the tip of that iceberg.
Within the last week, three major providers of video content have announced service changes that will increase the video load on the networks. Snapchat has added video chat to its wildly popular photo sharing application; Twitter’s Vine added a video search function; and Hulu announced that this summer it will start streaming a selection of ad-supported full-length TV shows to mobile devices for free.
Video is already the largest single source of mobile network traffic. AT&T and T-Mobile US both say that video is 40% of their network traffic, and many carriers report that video is 50% to 60% of traffic, according to video optimization specialist Skyfire.
“The unfortunate effect for carriers is that publishers are pushing to higher resolutions and to higher bit rates because they want their content to look great, irrespective of how well it actually is transferring through the carrier’s environment,” said Skyfire VP Robert Oberhofer. “To the end user, if a video buffers and stalls, they are typically blaming the carrier for not having a big enough pipe, and not necessarily the publisher in perhaps pushing the envelope a little bit too hard and trying to be too focused on content quality and not delivery quality.”
Analyst Patrick Lopez of Core Analysis, who specializes in mobile video, agrees that publishers are pushing for higher and higher video quality. “Not only is video growing in terms of volume but video is growing in terms of definition,” he said. “Increasingly we see videos transitioning from standard definition to high definition – 480, 720, 1080p. Additionally to that, video is also growing in complexity. … We see an increase in terms of the profile of the video, the format of the .” Lopez says all these factors add to the effort needed for carriers to deliver a consistent user experience.
Canada’s Wind Mobile has seen the impact of video on its mobile network and has deployed Avvasi’s video service gateway to measure and manage video traffic in real time. “The end-to-end quality of experience is what we’re trying to manage here,” said Wind’s Ante Rupcic, VP for core networks. “As a carrier we need to have the tools that allow us to create that end-to-end experience and for it be consistent. It doesn’t help us to have a really good experience at one time on one cell and then a really poor experience at another time on the same cell. There needs to be a control mechanism … a video management policy that can be enforced to allow us to control that experience.”
Lopez agrees that video management policy and optimization software are the right tools for carriers. “When you look at the traffic and video growth, there is very little else a network operator can do besides video optimization,” he said. “Web optimization, TCP optimization as well as caching and other acceleration techniques are useful, definitely, for the rest of the traffic, but video is very different in its composition, in the way it is delivered in mobile networks, and it requires specialized tools to be able to on one hand eliminate any waste associated with delivering HD web videos in a wireless network, and on the other hand being able to manage a consistent user experience for all users.”
For a more detailed look at this topic and at the vendors offering video optimization solutions, download RCR Wireless News’ free feature report: Video Optimization and Monetization for Carriers.
For an analysis of more than 200 market deployments, see Core Analysis’ in-depth report.
Image source: dawnpages.wordpress.com
Follow me on Twitter.