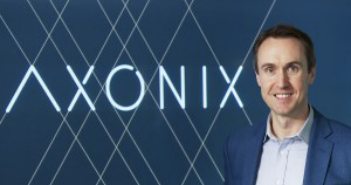 With the help of investment firm Blackstone, Telefónica is launching Axonix, a mobile advertising exchange platform, which it claims is the first owned by a telecom company. The Axonix venture is set to resurrect the technology of the ad exchange MobClix, which went bankrupt last year. It’s assets were bought by Blackstone for an undisclosed amount.

Based in London, Axonix will operate separately from the giant Spanish carrier. Simon Birkenhead, a former Google executive, will leave his current position as Telefónica’s director of global advertising sales to head up the new company.

Axonix will initially launch a mobile ad exchange allowing advertisers and publishers to buy and sell mobile advertising space globally, but with a specific focus on markets in the United States, Europe and Latin America. Telefónica says it already has more than 100 partners integrated into the Axonix platform.

By entering the mobile advertising space, Telefónica is taking on Google and Facebook. An Emarketer report found that the two companies control two-thirds of the mobile ad market. According to ZenithOptimedia figures, $13.4 billion was spent on mobile ads in 2013, and that figure is estimated to increase to $45 billion by 2016.

The launch of Axonix follow the recent closure of Telefónica Digital, another effort by the carrier to move into areas beyond providing basic mobile and phone services.

Telecom Italia votes independents onto board. Shareholders voted on a board restructuring that will put a majority of independent directors on the Telecom Italia board for the first time. Also, as part of the changes, executives from top shareholder Telefónica will no longer sit on the board.

European commission approves Deutsche Telekom’s $756 million purchase of GTS Central Europe. The commission concluded that the transaction did not raise competition concerns as the merged entity would continue to face strong competition and customers would still have sufficient alternatives in the affected markets. GTS operates a fiber optic and data center network in the Czech Republic, Hungary, Poland, Romania and Slovakia.

Telefónica is reportedly making spectrum and network concessions to win European Union approval of E-Plus deal. According to unnamed sources, Telefónica has offered to lease spectrum and access to its network to its rivals in the hopes the EE will approve its plan to buy KPN’s E-Plus unit in Germany for $11.9 billion.

U.K. broadband speeds up. According to telecom regulator Ofcom, the average actual fixed-line residential broadband speed in the United Kingdom is now 17.8 megabits per second, almost five-times faster than it was five years ago.