RCR Wireless NewsIntelligence on all things wireless.
YOU ARE AT:CarriersVerizon closes on $130B Verizon Wireless deal with Vodafone 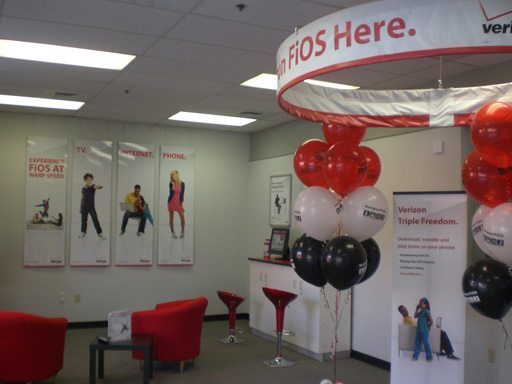 Verizon closes on $130B Verizon Wireless deal with Vodafone

Verizon Communications announced today that it has closed on its $130 billion acquisition of Vodafone’s 45% stake in Verizon Wireless, giving the domestic telecom giant full control over its leading revenue-generating division.

The deal, which was announced last September, consisted mostly of cash and shares in Verizon, with Verizon forking over $58.9 billion in cash and $60.2 billion in stock. In addition, Verizon issued $5 billion in notes payable to Vodafone; sold its 23% interest in Vodafone Italy for $3.5 billion, thereby providing Vodafone with full ownership of Vodafone Italy; with the remaining $2.5 billion of the transaction value a combination of “other considerations.”

“This is a great day for Verizon,” said Verizon CEO Lowell McAdam. “The new Verizon now has full ownership of the U.S. wireless industry leader in network performance, profitability and cash flow. Acquiring Vodafone’s stake in Verizon Wireless provides us with opportunities for greater financial flexibility, enhanced operational efficiency and innovations that will benefit customers. We are confident it will fuel further growth in our business.”

The deal provides Verizon Communications with full control of its domestic wireless operations, which have become an increasingly important driver to the telecom operators overall financial performance. Verizon Wireless generated two-thirds of Verizon’s total revenues for 2013, however 45% of the profits then went to Vodafone.

The acquisition also allows Verizon to move forward with its One Verizon plan, that will see the company further integrate its telecommunication operations.

Vodafone, which gained its stake in Verizon Wireless through the formation of the wireless operator in 2000, following the merger that combined wireless operations from Bell Atlantic, PrimeCo Personal Communications and Vodafone AirTouch, announced it would turn around all of the Verizon shares and an additional $23.9 billion for a total of $84 billion back to its shareholders. Vodafone has over the past several years begun to change its focus, purchasing more cable and wireline operations, while exiting some of its wireless businesses. Vodafone in 2012 acquired Cable & Wireless Worldwide for $1.7 billion in a move to bolster its enterprise business in the United Kingdom and around the world, and more recently acquired Kabel Deutschland for $10 billion.

Vodafone has also managed to reap recent rewards of its ownership stake in Verizon Wireless through dividend payments totaling $25.5 billion. Vodafone in 2004 nearly sold off its interest in Verizon Wireless following its attempt to acquire AT&T Wireless Services for $38 billion before being outbid by Cingular Wireless’ $41 billion offer.

Verizon is scheduled on Feb. 24 to hold an investor call on the closing.