RCR Wireless NewsIntelligence on all things wireless.
YOU ARE AT:CarriersAio Wireless barred from using color similar to T-Mobile US 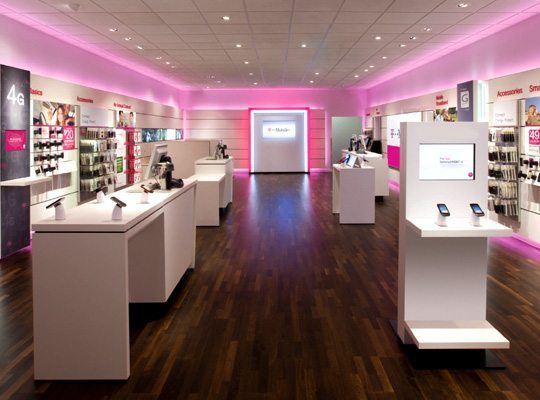 Aio Wireless barred from using color similar to T-Mobile US

T-Mobile US gained a marketing victory in its heated rivalry with AT&T as a federal court ruled that AT&T Mobility’s Aio Wireless division had to stop using a color deemed to similar to T-Mobile US’ magenta hue.

The Texas federal court ruled Aio Wireless would need to stop using its current color choice for its logo in marketing, advertising, in-store displays, web sites and social media outlets. Aio Wireless appears to be using the same color for its web site logo as of Monday morning.

“The court’s ruling, coming after extensive argument and a three-day hearing, validates T-Mobile’s position that wireless customers identify T-Mobile with magenta and that T-Mobile’s use of magenta is protected by trademark law,” T-Mobile US proudly proclaimed in a statement.

AT&T Mobility launched the Aio Wireless brand in select markets last April on the heels of T-Mobile US launching its revised Simple Choice plans that tied customer contracts to a device payment plan instead of a service contract. The Aio Wireless service, which was eventually expanded nationwide, was a more smartphone-focused offering compared with AT&T Mobility’s legacy GoPhone no-contract plans.

Aio Wireless earlier this month modified its offerings, providing more separation between recent changes to the mother ship’s rate plans and that of the prepaid-focused Aio plans. The new plans include lower prices and increased data buckets and follow up on comments made last month by AT&T’s management regarding being more “aggressive” and “assertive” in the no-contract space.

T-Mobile US has had a running rivalry with AT&T Mobility, repeatedly calling out its larger rival in advertisements. T-Mobile US CEO John Legere has also taken to personally calling out AT&T CEO Randall Stephenson regarding AT&T Mobility’s marketing efforts. AT&T has previously attempted to acquire T-Mobile USA in 2011 for $39 billion, before the deal was shot down by government regulators.