RCR Wireless NewsIntelligence on all things wireless.
YOU ARE AT:CarriersSprint, Dish to deploy fixed wireless broadband 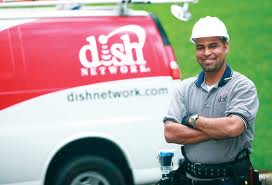 Sprint and Dish Network will experiment with fixed wireless broadband in Texas starting in the middle of next year. Today the two companies said that they will develop and deploy the service in limited areas of Corpus Christi with plans to expand to other regions.

The TDD-LTE service will use Sprint’s 2.5 GHz spectrum. Dish will deploy high-gain antennas on outdoor routers in some locations, and in other places the antennas will be inside homes.

“With millions underserved by inadequate broadband, the potential to bring a high-speed fixed wireless solution is very compelling to both Dish and Sprint,” said Tom Cullen, Dish EVP of corporate development. “We both bring distinct skills, not the least of which for Dish is a workforce of professional technicians who visit thousands of homes every day performing professional installations for both video and broadband.”

The companies did not discuss their branding or marketing plans for the service. With Dish technicians doing the installations, it may look like a Dish product to consumers, but they will need to be Sprint customers to take full advantage of their fixed TDD-LTE connections.

Sprint will be Dish’s second partner for a fixed wireless broadband offering. Earlier this year the satellite TV provider said it has partnered with Ntelos to offer a similar service in Virginia.

The agreement between Sprint and Dish could show a warming of relations between the two companies following Dish’s failed attempts earlier this year to acquire Clearwire out from under Sprint, followed by an attempt to acquire Sprint out from under Softbank. Dish’s Clearwire bid ended up costing Sprint billions of additional dollars, and Dish’s play for Sprint ended up forcing Softbank to pay more than a billion dollars more than it initially offered for a majority stake in Sprint.

Dish, which holds a well-stocked spectrum portfolio, has been looking to break into the mobile space through a partnership with an established player. Sprint was seen as a likely candidate as it has been vocal about supporting spectrum holders on its upgraded network infrastructure. But the Texas deployment will use Sprint spectrum, not Dish spectrum.

Facebook
Twitter
Linkedin
Previous articleAT&T to sell Connecticut wireline assets to Frontier for $2B
Next articleSprint, T-Mobile US?: hurdles galore

How is DISH approaching 5G monetization?