RCR Wireless NewsIntelligence on all things wireless.
YOU ARE AT:WirelessIntel will buy Mindspeed wireless business 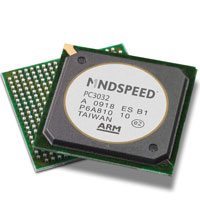 Intel is buying the wireless assets of small cell expert Mindspeed, which agreed last month to be acquired by MACOM. Mindspeed said at that time that it would find a buyer for its wireless assets.

Mindspeed, which bought Picochip last year, brings to Intel experience in signal processing-related technologies and IP for base stations. Intel says its platforms can already offer carriers application processing, control processing and packet processing, and now the chip giant will add signal processing expertise as well. The company says it has already progressed toward enabling signal processing on Intel-based servers through collaboration with China Mobile and SKT in cloud radio access network design.

Mindspeed claims the top position in deployed small cell processors worldwide and says it has a 70% market share in 3G/HSPA deployments. The Picochip purchase strengthened Mindspeed’s position in the femtocell market, which has attracted the interest of carriers and enterprises looking for indoor small cell solutions that leverage Ethernet backhaul.

Mindspeed’s wireless access division has offices in the UK, California and China. The deal is expected to close in February, and financial terms were not disclosed.