RCR Wireless NewsIntelligence on all things wireless.
YOU ARE AT:PolicyWheeler taps spectrum, unlocked devices as core to competitive mobile space 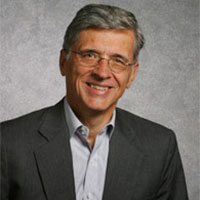 Though only on the job for a few weeks now, Federal Communications Commission Chairman Tom Wheeler has quickly begun to layout his vision for how the government regulator will view its stewardship over the wireless telecommunications space.

Speaking at an event at his alma mater Ohio State University this week, Wheeler emphasized the importance of ensuring that wireless carriers had sufficient spectrum to serve the growing consumer demand for mobile services. The availability of spectrum would in turn allow for a competitive marketplace.

“One way is to ensure competitors have key inputs necessary to build out and operate networks. The best example would be spectrum,” Wheeler said. “Spectrum is finite, and the FCC is charged with managing the airwaves that are used for commercial purposes. A key goal of our spectrum allocation efforts is ensuring that multiple carriers have access to airwaves needed to operate their networks.”

The FCC is in the midst of drawing up rules for upcoming spectrum auctions that could alter the competitive landscape across the mobile industry. Those auctions include the 1.9 GHz H-Block auction scheduled for January, the 1.7/2.1 GHz AWS-3 auction expected to begin later next year and the 600 MHz incentive auction, which most expect to begin in early 2015.

The most contentious event looks to be the 600 MHz auction, with smaller operators clamoring to limit the participation of Verizon Wireless and AT&T due to their already substantial spectrum holdings below the 1 GHz level. Rural operators are also pressing the FCC to offer up license sizes small enough to allow them to pick up spectrum in areas where they already operate without also having to acquire licenses in larger markets where they have no interest in competing.

Wheeler also touched on the competitive benefits of consumers being able to unlock their mobile devices, a topic the chairman has pushed with a recent letter written to wireless industry trade association CTIA.

“I have been pleased with the industry’s responsiveness thus far, but the message was clear: if mobile phone companies don’t act voluntarily – and quickly – to adopt a policy to unlock phones, I will work hard to ensure the FCC will act to require them to do so,” Wheeler noted.