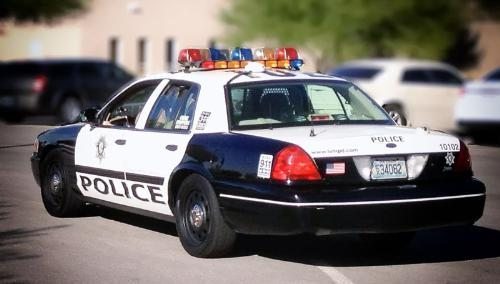 Alcatel-Lucent and first responders in Nevada recently conducted a six-month trial of an LTE network for public safety, using 700 MHz allotted by the First Responders Network Authority, or FirstNet.

The Las Vegas Metro Policy Department, Nevada Department of Transportation, and other first responders were part of the trial, which was held in a designated section of the city of Las Vegas.

According to Alcatel-Lucent, the trial enabled first responders to use real-time video gathered in the area, as well as enabling better collaboration, real-time vehicle tracking, remote office applications, Wi-Fi connectivity and a secure virtual private network (VPN). The milestone of demonstrating those capabilities for the participating agencies was reached in October, the company said.

“This trial demonstrated how an IP-based 4G LTE network can leverage resources and use officers more efficiently through the use of an interoperable, high-speed mobile broadband network,” said Michael Barnbeck, director of the Radio Systems Bureau for the Las Vegas PD, in a statement. “Three separate critical first responder agencies have the ability to access their own data and provide real-time sharing between dispatch and first responders at an incident. The trial also highlighted how information sharing in a secure, controlled manner between multiple first responder agencies to more effectively respond to a specific incident is enabled with this LTE network and can involve additional support from private sector entities on an ad hoc basis, such as accessing private video cameras in real time to monitor an incident.”

Fred Scalera, director of public safety strategies for Alcatel-Lucent, noted that ALU and Bell Labs have been promoting the concept of a national, interoperable public safety network based on open standards for more than 10 years.

“Our work with the departments in Las Vegas is another step closer to our country having that network,” Scalera said. “Also, with our Public Safety LTE solution at the center of the trial we are delivering ultra broadband and advanced IP networking functionality with flexibility and speed, which is a key element of our recently announced ‘Shift Plan’ strategy.”

Alcatel-Lucent subsidiary LGS Innovations was involved in another trial of a multi-agency LTE network in Hawaii during 2011-2012.

ALU provided an LTE eNodeB, a 7705 SAR-8 service aggregation router, a 5620 Service Aware Manager, a local serving/packet data network gateway, and a hosted LTE core to enable the trial. A number of other companies in Alcatel-Lucent’s ngConnect Program participated in the trial as well, including: