RCR Wireless NewsIntelligence on all things wireless.
YOU ARE AT:WirelessTime Trippin’: EDGE in, WAP out; Leap losses its couch … 10... 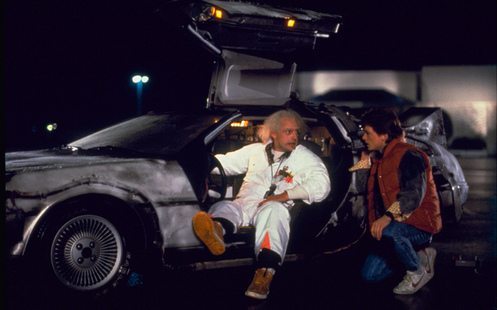 Time Trippin’: EDGE in, WAP out; Leap losses its couch … 10 years ago this week

AT&T Wireless launches EDGE service
AT&T Wireless Services Inc. launched its nationwide EDGE network at this year’s Comdex technology show in Las Vegas. The carrier said the network would provide customers with average data speeds of between 100 and 130 kilobits per second. The carrier noted the network technology is now available in areas served by its existing GSM/GPRS network, which AT&T Wireless said covers approximately 215 million potential customers across the United States, as well as in Puerto Rico and Bermuda. The carrier plans to deploy EDGE technology throughout its Caribbean properties in the near future. … Read More

Wireline industry threatens legal action on LNP
The wireline industry late Tuesday asked the Federal Communications Commission to delay local number portability until it is possible for most wireless consumers to port to wireline carriers and warned that if the FCC does not act by Thursday it will go to court. “Real competition is a two-way street. This is government-managed competition at its worst. These rules place the FCC in the role of ‘traffic cop,’ directing consumers away from wireline companies and toward wireless ones,” said Walter McCormick Jr., president and chief executive officer of the United States Telecom Association. … Read More

Paging industry consolidates with Metrocall buying WebLink
The long, blustery relationship between paging and messaging carriers Metrocall Holdings Inc. and WebLink Wireless Inc. appears to have come to a close, with Metrocall announcing it will acquire WebLink. The move creates a combined paging carrier covering 90 percent of the U.S. population operating a one- and two-way paging network with a total of 3.7 million subscribers. The combined carrier now sits just behind industry leader Arch Wireless Inc., which commands 4.5 million subscribers. … Read More

Motorola releases camera phone, Samsung trumpets N.A. success
The world’s handset makers continue to make news at a frantic pace, with Motorola Inc. announcing a range of new products and Samsung Electronics Co. Ltd. trumpeting its market successes. First, Motorola announced six new mobile phones, mainly low-end devices that will sell in Europe and Asia in the coming months. At the top of the list is the new Motorola C550, which features an integrated digital camera, multimedia messaging and Java support. The company said the phone will sell in Europe and Asia in the fourth quarter of this year. Motorola has been criticized for its lack of camera phones compared with other handset makers. … Read More

Broadcasters claim spectrum earmarked for Pentagon could hurt video links
Another unexpected snag has further complicated industry’s chances for securing military spectrum for third-generation wireless services, with the powerful broadcast lobby claiming new studies-conducted in the absence of technical guidance promised by the Bush administration-show frequencies earmarked for the Pentagon in return for surrendered 1700 MHz channels could disrupt critical video links used for breaking news. The development-brought to light by broadcasters in a filing at the Federal Communications Commission-adds more uncertainty to a Bush plan that reserved the 1710-1755 MHz and 2110-2155 MHz bands for data-rich and Internet-friendly applications key to the mobile-phone industry’s future. … Read More

Software glitch takes down AT&T Wireless GSM activations
AT&T Wireless Services Inc. said last week it was making progress on fixing a software glitch that has prevented the carrier from activating new GSM customers, converting current TDMA customers to its GSM network or accessing any of its current GSM customers’ information since the beginning of this month. The glitch reportedly occurred when the carrier attempted to implement a new software program designed to manage customer accounts for its so-called next-generation GSM/GPRS network. Industry sources claim the carrier attempted the switch without running a parallel back up and when the new software crashed, it took out the entire system. … Read More

Leap loses couch, keeps focus simple in re-launch
Following more than six months of restructuring under Chapter 11 bankruptcy protection, Leap Wireless International Inc. is set to re-launch its Cricket branded service this week using some of its original ideas, including unlimited local calling for a fixed rate, updated with new initiatives the carrier expects will prove more appealing to consumers. The carrier’s approach includes offering its trademark unlimited local calling service for a flat $30 per month in all of its 39 markets. Customers also can choose from a pair of premium options that include caller identification, call waiting or three-way calling for an additional $6 per month, or add either 1,000 domestic long-distance or 200 international long-distance minutes, unlimited text messaging and three directory assistance calls per month for $15 per month. … Read More

Environmentalists say FCC violating bird rules on towers, carriers say evidence lacking
Wireless carriers continued their push for more research on whether tower facilities kill large numbers of birds, while environmental groups shook their collective finger at the government, alleging the Federal Communications Commission is breaking the law in comments filed with the agency on the effects of communications towers on migratory birds. Telecommunications carriers including Sprint Corp., AT&T Wireless Services Inc., Cingular Wireless L.L.C. and SBC Communications Inc., all commended the FCC for its quest for further information on the topic. The carriers agree that valid scientific information has not yet been shown regarding allegations that communications towers are responsible for the mass killings of migratory birds. … Read More