RCR Wireless NewsIntelligence on all things wireless.
YOU ARE AT:CarriersSprint injects speed into the LTE argument with Spark plans 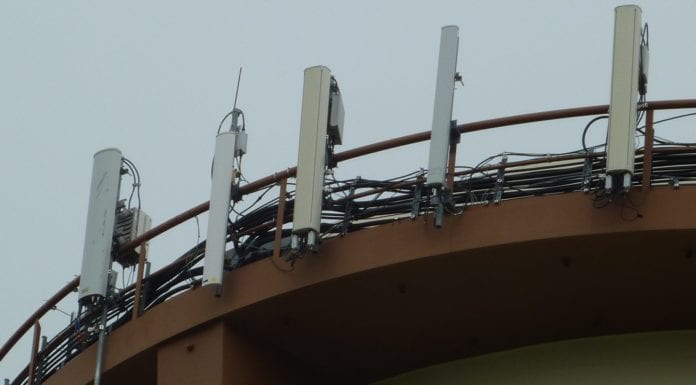 Sprint injects speed into the LTE argument with Spark plans

Sprint looks finally set to take advantage of its recently bolstered spectrum position in an attempt to move the LTE discussion away from outright coverage to that of network speed.

The carrier unveiled the plans under its “Sprint Spark” banner, bringing together the various spectrum bands it plans to use in support of its LTE network, the carrier said it will soon be offering customers network speeds of up to 60 megabits per second. The carrier noted that lab testing across the network has shown speeds of up to one gigabit per second.

Those spectrum bands include the carriers current 1.9 GHz G-Band spectrum being used as the base of its initial FDD-LTE deployment, plans to begin adding in 800 MHz spectrum re-farmed from the shut down of its iDEN network, and to then tap into the vast 2.5 GHz spectrum holdings from Clearwire, which Sprint recently gained full control over. Analysts have noted that the 2.5 GHz spectrum is the real crux of Sprint’s speed plans as the depth of those assets reach to more than 120 megahertz in most markets. That 2.5 GHz spectrum will also utilize the TDD-LTE standard, which allows for dynamic usage of spectrum resources.

“While both LTE technologies bring significant enhancements in network speed, the 2.5GHz spectrum is crucial to the exceptional capacity, speed and flexibility expected with Sprint Spark,” the carrier noted in a statement.

Clearwire reported back in late 2010 that network testing using 40 megahertz of 2.5 GHz spectrum and the TDD-LTE standard produced downlink speeds in excess of 90 Mbps. Verizon Wireless, which leads the domestic market in LTE coverage, professes its network will provide downlink speeds only as high as 12 Mbps, though the carrier is in the process of adding spectrum support from the 1.7/2.1 GHz band that could boost those speeds.

Sprint noted that the network upgrades, which are part of its Network Vision initiative, was now available in five markets, with plans to cover 100 million potential customers by the end of 2014 and 100 top markets over the next three years. The initial markets include New York, Los Angeles, Chicago, Tampa and Miami.

The Spark offering did get a bit of a head start due to more than 130 million pops Clearwire had already covered with its legacy WiMAX offering using the 2.5 GHz spectrum band. Clearwire had begun to convert many of those markets to LTE prior to the Sprint acquisition, though financial concerns stymied those efforts.

Sprint’s current LTE network was on track to cover 200 million pops by the end of the year, with expansion to 250 million pops by mid-2014. Sprint has said it plans to expand its 2.5 GHz services across all of its cell sites.

That 250 million pop mark seems to be a limiting number for both Sprint and smaller rival T-Mobile US as both operators have not committed to LTE coverage beyond that level. Larger carriers Verizon Wireless and AT&T Mobility have both said they expect to expand their LTE coverage to in excess of 300 million pops, bolstered by their ownership of sub-1 GHz spectrum holdings that allow carriers to expand coverage at a lower cost point than the higher spectrum bands used by Sprint and T-Mobile US.

Sprint said it has tapped Samsung, Nokia Solutions and Networks and Alcatel-Lucent to implement its Spark initiative, with each provider handling roughly one-third of the deployment. That lineup is somewhat interesting in that NSN has replaced Ericsson on the vendor list compared with Sprint’s network-wide Network Vision program. Ericsson is still involved in the process through its managed network services agreement with the carrier.

The Spark effort will also see a continued reliance on remote radio head technology, which the carrier began to utilize as part of the Network Vision program. The Spark-specific equipment will include support for eight transmitters-eight receivers, which the carrier said would be the first deployment of that technology in North America.

“These radios will be capable of improved coverage, capacity and speeds when compared to the more traditional 2T2R or 4T4R radios used by our competitors,” Sprint explained.

Sprint’s Network Vision program was initially scheduled to include the de-commissioning of approximately 20,000 macro sites, taking the carrier’s total count to less than 40,000 total sites. However, Sprint noted that as part of the Spark program it will continue to support approximately 55,000 macro sites for the “next few years.” Future bolstering of the network will come from small cells, which Sprint said it expects to begin next year.

Sprint’s network upgrade will also see the carrier include the High Definition Voice standard across its CDMA-based 3G network, which currently covers 85 million pops. That coverage is set to reach 250 million pops by mid-2014. The carrier said it expects there to be 12 million HD Voice devices on its network by the end of the year, with up to 20 million by the end of 2014.

Of course, to take advantage of that increased Spark speed, customers will need devices embolden with tri-band capabilities. Sprint began offering tri-band devices earlier this year in the form of mobile hotspots, with plans to begin rolling out smartphones on Nov. 8. Those devices include a pair of Samsung models – the Galaxy Mega and Galaxy S4 Mini, both of which will require a future software upgrade to enable the 800 MHz and 2.5 GHz support – and the LG G2 that will also require a future update set for early next year. Sprint also noted that the HTC One Max, which is set to come to the carrier later this year, would be upgradeable for Spark support.