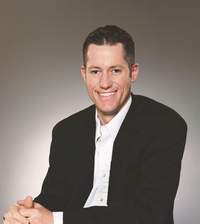 Worst of the Week: Towers – big business with a capital ‘B’

For those not in the know: towers are big business. As in “big money” with a “B,” which stands for “billions.” Think there is any doubt? Just check out the reported $5 billion or so AT&T is looking to get for its nearly 11,000 towers.

Sure, that’s a lot of towers. But in the bigger scheme of things, that is not even 5% of the total towers used nationwide by operators to provide wireless services covering a significant portion – though not all – of this country’s geography.

Perhaps more significant is that the cash AT&T is looking to raise by selling off its towers is enough to pay for Leap Wireless. That’s right. AT&T’s tower assets, which equal less than 5% of the nation’s total towers, are worth more than the nation’s No. 5 facilities-based wireless operator. And Leap’s value also includes a nice chunk of spectrum resources, which we all know is more valuable than first-born children, and nearly five million customers willing to spend more than $40 per month for services. A quick check of my calculator-watch indicates that is a nice $200 million coming in every month from customers.

But, that does not matter as those 11,000 towers standing tall and proud are just simply worth more.

That additional value could be explained by the fact that towers aren’t in the habit of missing payments; churning; calling into customer care asking how to make “Angry Birds” work or why they stopped working because they were accidently dropped into a public bathroom.

Nope. Towers just sit out there, doing their thing. Which for tower owners is generate money. Buckets and buckets of money. Literally. I am pretty sure tower owners cart their profits around in buckets. Big buckets.

Of course, the question then becomes: “Why would anyone ever want to sell off towers, especially those that are already standing thus having already moved past the most onerous task of towers: getting them put up?”

Well, it seems that wireless carriers have a lot of balls in the air and somehow raking in billions of dollars from tower leases over the long term are not as attractive as raking in billions of dollars from a tower sale today. Call it the need to keep the investment community happy on a quarterly basis. Why show me a profit tomorrow when I need gas for my helicopter/speed boat/jet pack/rocket ship today.

And all of this need for rocket fuel is good news for tower owners, which for those in attendance at this week’s PCIA event seemed more than happy to fork over their gas money today for a chance to have more gas money tomorrow. What an odd business model.

Then again, when you are dealing with sums of money that require a “B” to explain the amount, is there really any need to argue about good or bad business models? It’s amazing what one letter can do.

–Might be worth the time to check out the timeline attached to Verizon Communications current attempt to acquire the 45% stake in Verizon Wireless from Vodafone Group for a cool $130 billion. According to a filing with the Securities and Exchange Commission this week (skip down to page 22 for the good stuff), Verizon was pretty much not going to take “no” for an answer when negotiating with its current/soon-to-be-former partner.

(Apparently the time between those two offers did not make that sum of money appear any bigger to Vodafone.)

Firmly perplexed, McAdam then went back a few months later and said: “OK. It looks like my Jedi mind-trick did not work last time in trying to convince you that my second offer of $95 billion was somehow more attractive than my first offer of $95 billion, so how about this time I offer you $120 billion for that slice of Verizon Wireless pie? And to make it more attractive, half of that offer will be in $1 bills and the other half in Chuck-E-Cheese’s game tokens?”

That offer did not seem to mean much to Vodafone, as I can only guess they don’t have Chuck-E-Cheese’s in Europe, but they did come back and say: “While that was an ‘interesting’ offer, we were thinking more along the lines of $135 billion, or pretty much all of the money in the world.”

McAdam then came back with an offer of $130 billion, explaining that if they forked over $135 billion there would not be any money left in the world for carrier executives to buy rocket fuel for their rocket powered transportation devices. Seeing the logic in that argument, Vodafone agreed and luckily there is still money to spend on rocket fuel.

Overall, I would say this was a win-win for everyone involved.