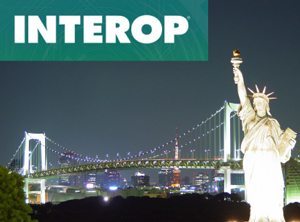 NEW YORK—Open standards are leading network vendors’ efforts as they prepare for the next year, driven by the so-called application economy. “The future will be an application economy,” said John Chambers, chair and CEO of Cisco. “It’s all about applications: business models, consumption models, service models, operational models and management models.”

Chambers spoke at the Interop New York keynote sessions, along with other executives who also claimed that open standards will guide the future of the ICT environment.

The application economy becomes even more important when taking into account the 77 billion application downloads expected in the next year. Applications are changing all industries. “Devices are not the issue; they’re the enabler. New applications require new networks and drive network change,” said Chambers.

The next wave of innovation, according to the Cisco CEO, will come from the next generation of networks and data centers, which encompass applications, networks, scale and security. Actually, the ICT world is already changing boosted by the technology transitions of mobile, cloud, a new breed of apps, data and analytics, and the Internet of Things.

Following these technology trends and changes, the implications for business include more growth and innovation, new business models, experience expectations, globalization, security and privacy. The executives agreed that the future must be based on open standards.

“Open source and standards fuel the IT renaissance,” said Dr. Angel Luis Diaz, vice president of software standards, cloud labs and HiPODS for the IBM Software Group. “Speed is the new currency,” he said, explaining why open technologies and architectures are so important today.

Steven Alexander, Ciena’s senior vice president and chief technology officer, said that the experience of openness creates change, such as turning “capacity on demand” into “capability on demand”; it also drives faster innovation. “We are getting the green light for a network as an open platform and a whole ecosystem,” he said. As challenges to this industry change, Alexander pointed to inertia and legacy ideas backed by loud voices.

Open standards can also be a foundation for the growth of both emerging technologies and those that are already consolidated, such as business process as a service that enables business transformation; software as a service (focused on the API economy, proving rapid application delivery, API-accessible apps, multi-channel integration); platform as a service based on a cloud operating environment with an open service ecosystem and repeatable patterns; and infrastructure as a service, boosted by software-defined environments.