RCR Wireless NewsIntelligence on all things wireless.
YOU ARE AT:WirelessWorst of the Week: Sprint Nextel and price war mongering

Worst of the Week: Sprint Nextel and price war mongering

Hello!
And welcome to our Thursday column, Worst of the Week. There’s a lot of nutty stuff that goes on in this industry, so this column is a chance for us at RCRWireless.com to rant and rave about whatever rubs us the wrong way. We hope you enjoy it!
And without further ado:
So according to Sprint Nextel CEO Dan Hesse, the nation’s No. 3 wireless operator is not interested in a price war and somehow thinks it can compete against its rivals on a level playing field populated by unicorns, teddy bears and leprechauns.
Now this is a noble claim from the leader of a company that has over the past several years lost millions of customers to rivals, but Mr. Hesse, now is the perfect time to start a pricing war. Sure you one-upped your rivals by adding unlimited data and GPS navigation to your unlimited calling plans. And more recently your Boost Mobile division moved the unlimited bar lower with its $50 per month, no-contract offering. But why stop there? I say swing for the fences.
The first swing? Sprint Nextel should cut the price of its Simply Everything offering to $49. Why $49? I’m not sure, but it seems that if the offering were slightly cheaper than the $50 that Boost is charging for unlimited, then people might be tempted to sign a contract.
Next, Sprint Nextel should throw in more free stuff to go with the now-cheaper Simply Everything plans. And I’m not just talking about a few things; I’m saying the whole kitchen sink.
Why not add Sprint TV to the mix? I can’t see any harm to that as I can’t imagine many people would actually use the service. Most of the cellular-based mobile TV offerings I’ve tried have proven to me that all those crazy companies showing off 100-inch televisions at CES are on to something.
Also, Sprint Nextel should include an insurance program for its phones. Those services typically cost between $5 and $10 per month, but with so many clauses included in the small print no one can actually cash in on the service unless their phone somehow explodes before they get a chance to open the box.
And really, $5 per month for the Airave femtocell? This is a no-brainer. Sprint Nextel is always pinged for having an inferior network, whether or not it’s actually true. The promise that every customer can have perfect in-home coverage is something even a monkey can understand.
And the 411 service. I know this a money-making gambit for all carriers, but with so many free offerings around (Google, ChaCha, 4INFO) why not just partner with one of those firms and offer the service gratis?
Also, all of Sprint Nextel’s phones should be free. Why is a company that is hemorrhaging as many customers as Sprint Nextel trying to sell phones for $300? What better way to attract increasingly cost-conscious consumers than offering the item that is most likely to attract them to you in the first place for the low, low price of on the house?
And let’s undo this whole “limited” unlimited data service crap (the carrier caps usage at 5 GB). If I’m Sprint Nextel and someone wants to pay me to use any of my services, I say let them go to town.
And the carrier should also do away with activation fees. Is there nothing more infuriating than having someone charge you a fee right after you sign a contract saying you will pay fees for the next two years? Infuriating I say.
And imagine how awesome those black-and-white Hesse commercials would be if, in his calm demeanor, he could proclaim all of these advantages over the competition. Gold, I tell ya. Gold.
Now remember, these ideas are coming from a person with no business education or really any concept of what business or money means – but maybe what Sprint Nextel needs is a little bit of crazy at this point. Something to keep the competition off guard. I believe it was the great 20th Century philosopher, thinker and poet Trent who said it best: “I don’t want you to be the guy in the PG-13 movie everyone’s really hoping makes it happen. I want you to be like the guy in the rated R movie, you know, the guy you’re not sure whether or not you like yet. You’re not sure where he’s coming from. Okay?”
OK! Enough of that.
Thanks for checking out this Worst of the Week column. And now some extras:
–Leave it to the independent retailers to come up with creative, and creepy, ways to generate more sales. Our friends over at Wireless Zone announced a new initiative to increase the appeal of their retail outlets to consumers. The premise is based on targeting the five senses and includes the obvious improvements of more visually (sight) appealing stores; well-trained employees that can answer (sound) customer questions; and devices that are available to sample (touch). The creepy one? “The stores are infused with appealing scents (smell) to relax the shopper and make them want to spend additional time perusing the store ..” As for taste? Let’s not go there.
–A sign that the iPhone app stuff has gotten outta control? Marker Co. recently launched its iVibrateMe application for the wonder device that, like its name suggests, turns an iPhone into a “personal massage vibrator for under a dollar.” According to Market CEO and iPhone enthusiast Marc Perlman: “I designed the app for both men and women. From sore shoulders to cramped calves or as a pleasant diversion, this vibrating download is a downright winner. . My girlfriend uses my phone more than I do.” Yikes!
I welcome your comments. Please send me an e-mail at [email protected] Or, if you prefer, leave a comment in the space below.

Facebook
Twitter
Linkedin
Previous articleSearch spending expected to rise, but what about the clicks?
Next articleCanadian tweets won’t be cheap: Bell to charge 15 cents per 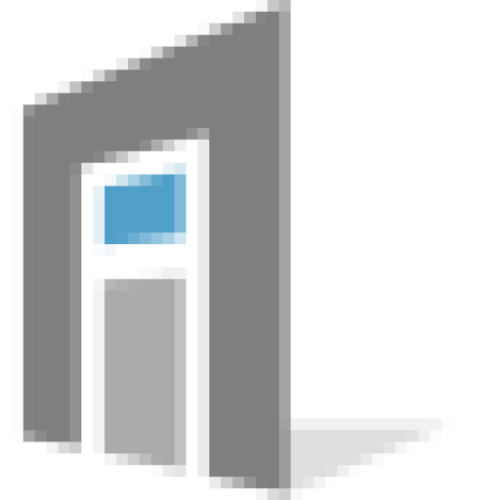