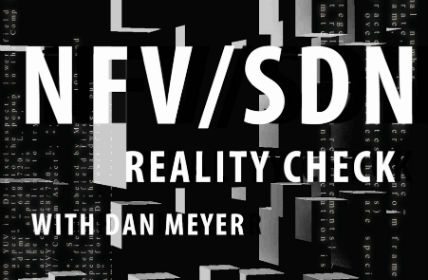 Virtualization technologies using software-defined networking and network functions virtualization are expected to play a significant role in the development of next-generation mobile technology standards expected to rollout under the “5G” banner. Some of this will come from the need for more rapid scalability through the use of automation designed to allow mobile networks to keep up with growing demand.
In this episode of NFV/SDN Reality Check, we spoke with Dirk Trossen, principal scientist at InterDigital, to get his view on the role of NFV and SDN in the 5G space. Trossen noted one key for the use of virtualization for 5G is in moving network elements closer to the base station to allow for lower latency, which he said was “a virtualization story.”
Trossen also linked the need to tap virtualization in terms of network resource provisioning, citing an example of a “smart” building that one second is simply pinging the network to say its OK, to the next minute a fire breaking out on a couple of floors and that building now being required to start streaming gigabits of video content to first responders. These are capabilities that so far have not been entrusted to current network deployments due to a lack of capabilities.
“It’s not just about making the pipe bigger, its about offering user experiences and inclusion of vertical sectors that haven’t been included in 4G so far,” Trossen explained.
Looking ahead, Trossen said the industry will have to rethink current views on network ownership, noting that for operators to gain the most efficiency from their resources they will have to be willing to give up some of the core operations in order to gain advantages in terms of service offerings.
Make sure to join us on Oct. 30 for our next episode of NFV/SDN Reality Check when we speak with Radhesh Balakrishnan, GM of OpenStack at Red Hat on the latest NFV and OpenStack trends.
Bored? Why not follow me on Twitter