RCR Wireless NewsIntelligence on all things wireless.
YOU ARE AT:Test and MeasurementThe keys to electromagnetic testing for product development, compatibility, and safety 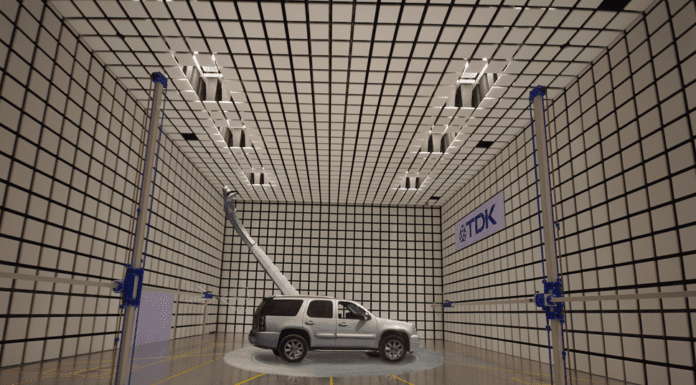 The keys to electromagnetic testing for product development, compatibility, and safety

You can’t feel, see, hear, touch, taste, or smell it, but the air around you is full of electromagnetic activity. These bursts of oscillating electric and magnetic fields are the carrier pigeons of the information age. They contain our voices, our faces, and our data. Turn off these invisible lights, and we will enter a digital dark age.

As crucial as electromagnetic signals are, they must also be carefully controlled. The wrong signal at the wrong time could prove disastrous—even deadly. Those exposed to high levels of electromagnetic fields must carefully monitor their exposure. Designers of wireless equipment must ensure that their products do not cause harm, direct or indirect. This requires rigorous testing and certification.

The Challenges of Electromagnetic Testing

As wireless technology is advancing, the demands of electromagnetic testing are increasing. Higher frequencies, such as those used in millimeter wave 5G, and more sophisticated wireless techniques, such as multiple input multiple output (MIMO), necessitate ever more stringent design and testing measures. This necessity is compounded by an increasingly global marketplace that pressures wireless product designers to deliver more functionality in less time.

Designers of electronic systems, both wired and wireless alike, must test for two related criteria: one, that their products work as planned, even when exposed to outside electromagnetic interference; and two, that their products are compliant with electromagnetic compatibility standards such as those set by the FCC or CE. Electromagnetic compatibility means that one electronic device does not unreasonably interfere with another—harmless enough in the case of two phones competing for Wi-Fi bandwidth but much less benign if the interrupted device is critical to human safety, such as the sensitive avionics in an aircraft.

One of the most difficult challenges of electromagnetic testing is the test facility itself. Since electromagnetic waves are ubiquitous in the modern day, wireless tests must be conducted in special environments that isolate the equipment under test from external interference. Such test facilities are often costly but necessary.

While it is not uncommon to use a third party for wireless testing, there are many drawbacks to this approach. Testing with a third party requires adhering to a third-party timeline, which can delay the product development process, delay certification, and ultimately delay time to market.