RCR Wireless NewsIntelligence on all things wireless.
YOU ARE AT:Analyst AngleKagan: What the US can learn from the EU on protecting digital... 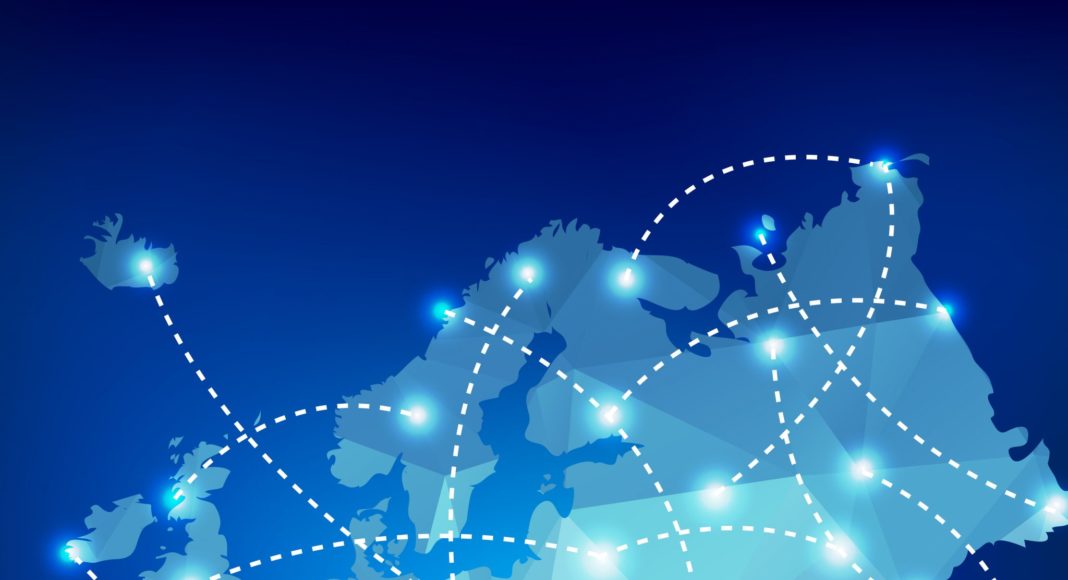 Kagan: What the US can learn from the EU on protecting digital markets

The European Union just passed new rules called the Digital Markets Act or DMA. This legislation imposes new rules to better control tech companies like Google or Alphabet, Amazon, Apple, Facebook, Microsoft and others. The United States is currently debating similar rules and regulations as well in order to protect users of digital services and markets. So, what can the US learn from the EU?

EU DMA vs. US Legislative Proposals

The group is focused on having companies and government regulators working together to pave the road going forward. To improve the digital marketplace.

This session focused on lessons learned to date and the path going forward exploring the differences and similarities in the digital platform regulation on both sides of the Atlantic.

The new EU rules say online companies must do more to better control the Internet and eliminate illegal activities and content.

The teeth of this measure are fines companies face for violations and breaches.

I applaud the EU for this kind of passion and commitment to safety and protection of the digital marketplace.

While this will not be easy to control and police, it is a great starting point.

In the United States, there seems to be agreement that similar policy action is needed, but debate continues regarding the correct legislative measures.

The challenge here is to determine how much or little to police this problem and what kind of teeth will regulators hold over companies to make sure they all do the right thing, at all times.

There are plenty of different ideas which range from more limited and targeted legislation to requiring a complete overhaul of antitrust laws.

That’s where we are today.

Europe has already gone through this effort. While Europe is different compared to the United States, we should still take a close look at the solutions that have been adopted overseas for ideas that may work here.

This is still the very early days in what will no doubt become a very long-term and continually changing movement. Rules are often different in different countries around the world.

There are many ongoing challenges. That means this continual evolution will be an ongoing process.

One challenge is protecting user privacy and security. Another is protecting the competitive marketplace and keeping everything fair to all players.

I liken this process to the taming of the wild-wild-west, which we have been living through.

Without controls, companies or people always tend to go too far. Not be as concerned about protecting others.

There needs to be rules of the road so every competitor can play fair and stay in their lane.

First focused on Google, Facebook, Apple and other tech companies

Example, how companies who own and operate platforms will not be allowed to provide better connectivity for their own uses or their customers. Their platforms must make it fair for all and be equally available to all.

This focuses on all platforms, but larger companies like Google, Facebook, Apple and many others are obviously in the focus of these regulations since they have the vast majority of users.

Setting an example with these companies should also jolt smaller competitors into place and hopefully keep them on the right track.

Another example is when you purchase a new computer or smartphone, there are certain apps already on your system. This is often because deals were made between the companies who built these devices, search engines and platforms and other companies who want access to their customer base as a competitive edge.

These deals were profitable for the players but can get in the way for the user and is unfair to other competitors.

Perception of companies in the digital marketplace is key

How you perceive a company, and its marketplace position is key.

It’s like the old story of a small entrepreneurial company that everyone cheers and wants to succeed, until they grow too large and then they become a threat.

We have seen this happen countless times with companies over the decades including AT&T back in the 1980’s, Microsoft in the 1990’s, Apple, Google, Facebook and so many others today.

Today, we are at the point where regulators think they must step in and keep all players in the right lane.

EU decided digital platforms must be controlled to protect market

The EU is taking the position that these companies have reached the point they need to be controlled. They are no longer the basic, creative startups they once were.

We are still in the early days of trying to wrap our arms around these growing tech platforms. Answers and results will take time to develop. Some solutions may be considered on target while others may go too far.

This will be an ongoing work-in-progress.

The way we make sausage is not pretty, but it is important we continue to work at the growth of digital markets to keep the threats down while letting the companies succeed going forward. If we can stay on track and remain focused, this can be a win-win for all involved.