RCR Wireless NewsIntelligence on all things wireless.
YOU ARE AT:5G'It's a complete hot mess': Challenges and opportunities (challenges, mostly) in 5G,... 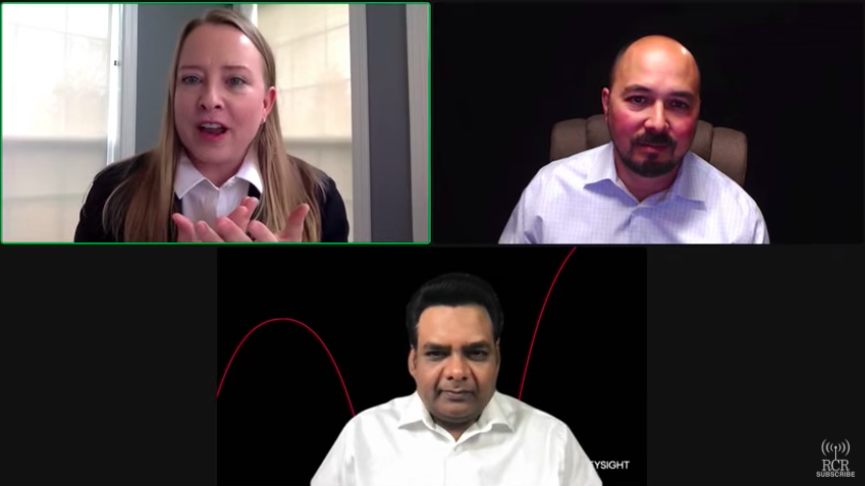 Private networks are all about cost, control, security, new use cases and performance, summarizes Jagadeesh Dantuluri, general manager for private and dedicated networks at Keysight Technologies. But as much as telcos, NEMs and other ecosystem players are eyeing private 5G networks and more tailored services for industrial verticals as a key part of monetizing 5G, the current reality is that there are critical elements of assuring such services that have yet to be fully defined, costs are high compared to LTE, many of the most innovative possibilities require 5G Standalone, there’s a dearth of devices with the right features implemented, and the language of designing, monitoring and maintaining cellular systems still needs to be successfully translated into the metrics that enterprises actually want and need.

In a Test and Measurement Forum session discussing private networks, networks-as-a-service and service assurance, Dantuluri said that Keysight is seeing interest in 5G-based, mission-critical-cable private networks from manufacturing businesses that would like to use new capabilities like video-based smart manufacturing monitoring supported by artificial intelligence. The speed and compute capabilities needed for this can’t be achieved with LTE, he adds; however, there is also strong interest in private 4G networks in mining, the energy sector, transportation and logistics and in the U.S., educational use of CBRS.

Emil Olbrich, VP of network technology for Signals Research Group, said that while there is a large amount of interest and no shortage of use cases for private networks, “enabling that has been a bit of a struggle.” He pointed to the fact that CommScope, which was one of several Spectrum Access System vendors for CBRS network enablement, will shut down its SAS business as of the end of this month amid what Dell-Oro Group has called “adoption gaps” between CBRS for Fixed Wireless Access and CBRS for private networks. Still, Olbrich says, the need for private networks is definitely there—particularly, he says, in education and healthcare, where existing connectivity services during the pandemic didn’t meet the escalating needs of those sectors. “It gets down to connectivity. The net-net is, whatever service they were getting from their Wi-Fi network or from their existing cellular provider, they didn’t have the coverage or capacity, or any type of SLA that they could enforce.”

While the global pandemic put some use cases for private network into sharper relief and the capabilities have generated interest, Olbrich says that the overall conditions did delay network development and adoption. But beyond pandemic influences, there are still significant hurdles to private network adoption, and how the industry frames and sells cellular-based private network solutions to enterprises.

One of the most basic is the very language of capability, design and management of cellular.

When it comes to setting KPIs, Dantuluri says, cellular network operation language and metrics trickle down from 3GPP, while IT departments use very different terms and KPIs that reflect their use of the network. Industry groups such as the Avnu Alliance and others are working on aspects of this, he adds, but it is still in progress.

Olbrich summarizes the state of private network SLAs succinctly: “It’s a complete hot mess.” 3GPP and ITU have high-level, carrier-grade KPIs established—but they’re most relevant for massive-scale, consumer and smartphone-oriented CSP networks. Enterprises that, say, want to use Time-Sensitive Networking to ensure precise control of a robotic arm, or that want a more robust uplink because of the amount of data they generate and need to transfer and analyze, or that want a wireless network designed to five-nines reliability, aren’t going to care about 3GPP parameters, he explains. “It’s a different domain,” he says, going on to add, “Understanding the OT requirements from the cellular side and translating that over, that’s where other companies need to come in. I don’t think, if I’m a manufacturing company … that I should have to go be a 3GPP expert and understand that. I shouldn’t have to do that. You should be able to translate those requirements into, ‘Here’s what you need.’ …

“I think if you look at the network diagram of a cellular network, it’s overwhelming for an interview to look at,” Olbrich says, listing just some of the necessary pieces: Where to get devices that will run on their particular network, device and SIM management, backhaul and backhaul service assurance, security software, Radio Access Network vendor choices, testing of devices to make sure that, for instance, not just smartphones but embedded modules work with the RAN vendors’s equipment in a given band. “I think what we’re seeing now happening in the marketplace is [companies] trying to make the cost and technical entry very low … so that you can come in and treat it like an IT service. I don’t know that we’re there yet, but we are very close to having automation and AI and ML get in there so that … [companies] can just manage their network and … go make whatever they make. … They shouldn’t worry about managing a cellular network. That shouldn’t be their concern. We should make it easier.”

Olbrich also points out that 5G SLAs will vary depending on the use case: “What healthcare needs for an AR/VR session, versus what smart agriculture needs, are very different SLAs. … There’s going to be a lot of different types of SLAs and KPIs across these verticals.” That’s a radically different service (and testing) proposition than current networks—where, even though Quality of Service features have been established in 3GPP standards for more than a decade, only Voice over LTE, 911 callers and FirstNet-AT&T users actually get defined QoS. Now operators are going to jump rapidly into guaranteeing highly varied SLAs for multiple verticals and/or individual enterprises?

It’s also worth pointing out that establishing QoS (the service level that an operator believes it is offering to end-users, based on defined KPIs that can be measured in the network) versus Quality of Experience (what the end-user/application actually experiences in terms of latency, throughput, etc.) are two very different things. QoS can look perfect while QoE is uneven or poor, Dantuluri says; both need to be monitored, and correlated for specific industrial/enterprise use cases.

“We have a lot of work to do in defining industry-specific KPIs and then mapping those things to the network KPIs, and then [monitoring] those,” Dantuluri said.

Devices bring in yet another factor that is still maturing. While the number of overall 5G devices are flourishing, most of these are smartphones and consumer-oriented devices, and not 5G Standalone (SA) capable. Dantuluri estimates that the cost difference between an LTE IoT device and a 5G device can be as much as $20 versus $300—quite an obstacle when thinking about deploying such devices on a large or even medium-scale.

Devices that can serve mission-critical use cases in networks with ultra-reliable low-latency communications (URLLC), also don’t exist yet, Dantuluri says—and by and large, neither do the private networks which would support them, Olbrich chimes in. Those would be 5G SA networks, which at this point are still not even in wide use by commercial operators who have the advantage of economies of scale. On a private network level, 5G has to compete with LTE networks that can have cores and devices much more easily and less expensively supplied, and that in, say, a 10-megahertz channel, have much the same performance that 5G NSA would provide at a fraction of the cost.

And even as 5G private networks do mature, Olbrich points out that the available devices may not be optimized for the specific band that any given private network operates in. Carriers put a lot of money and time into defining and requiring test plans to ensure that any devices that come onto their networks work in the bands that they utilize—now private entities will have to figure out the same thing for themselves.

Both Olbrich and Dantuluri remain confident that private networks, and yes, private 5G, will happen. LTE networks may carry some types of use cases/private network users through for as much as the next five years, Dantuluri says. Olbrich expects the pandemic-related delay of private network adoption will fade and that things will pick up over the next 18 months. But the ongoing work of the industry has plenty of challenges to meet in order to bring 5G private networks to their full potential.