RCR Wireless NewsIntelligence on all things wireless.
YOU ARE AT:Network InfrastructureWhy 400GZR+ is a better way to 800G (Reader Forum) 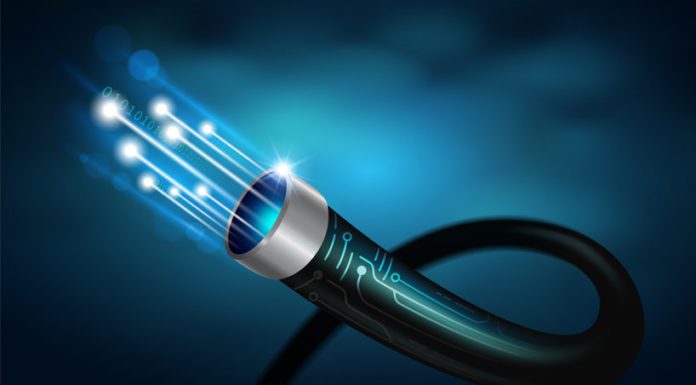 As demand has grown for high-speed services — from streaming high-resolution video to virtual conferencing — optical transport network speeds have grown almost as quickly. In fact, the Dell’Oro Group projects that 400GbE and higher speeds will account for nearly 30% of port shipments through 2024.

Since then, 800G embedded transceiver technology has been getting all the buzz as the next logical step for hyperscale networks, as service interface speeds proceed quickly from 100GbE to 400GbE and beyond. But there is a better, more cost-effective option in the form of 400GZR+. This comparatively simple standard allows for interoperable 400G transceivers that can be plugged directly into routers and transponders, and deliver efficient metro and, with some innovative tricks, long-haul applications performance.

400GZR+ pluggables are a disruptive technology that provides a better way to build optical transport networks and could prove to be a giant killer for embedded 800G.

Until the appearance of 400GZR+, the only way to build 400G lanes was to use embedded transceiver technology—hardwired into transponder and muxponder line cards—which could create single wavelengths up to 800G. For metro applications, it could create two 400G lanes, which could be used, for example, to carry four 100GbE clients and one 400GbE client. In long-haul applications, it delivers a single 400G wavelength.

A better alternative comes in the form of 400GZR+ transceiver pluggables. These transceivers, designed to deliver up to 400G wavelengths, plug into the faceplate of a line card. They use the same 7nm silicon technology as embedded transceivers, are optimized to reduce power and space to fit into pluggable form factors and deliver suitable performance for most applications.

And because they meet industry-standard form factors and connector interfaces, they are interoperable with other suppliers’ models, so one pluggable can be swapped for one from another supplier whenever a better or cheaper model comes along. By contrast, proprietary embedded 400G+ transceiver modules don’t conform to standard sizes or power ceilings.

In terms of performance, 400GZR+ transceivers provide a clear advantage over embedded 800G. When comparing two transmission schemes, the one using dense modulation will always propagate further under common fiber and amplification conditions, because fewer phase and amplitude modes can transmit further before they begin meshing together and become indistinguishable at the receiver.

True, the embedded 800G wavelengths have twice the capacity, while 400GZR+ provides greater distance, but 400GZR+ comes out ahead when you consider the third factor in the equation: cost.

A 400GZR+ pluggable transceiver can be had for half the cost or even less than an embedded 800G transceiver module because of its simpler, interoperable design and the presence of multiple, competing suppliers. So, 400GZR+ can provide two 400G wavelengths at an equivalent cost of a single embedded 800G wavelength, whether for metro or long-haul applications. Moreover, the modular design of 400GZR+ adds a “pay as you grow” advantage, allowing for the addition of 400G wavelengths one pluggable at a time as traffic increases. Ultimately, 400GZR+ proves more cost-effective by delivering performance advantages over distance with a simple upgrade path.

A better alternative to embedded technology

Over the past couple of years, 400GbE has made its way out of data centers and started taking over from 100GbE as the preferred interface for wide-area optical transport.

The emergence of 400GZR+ and the interoperable, pluggable form factors that it makes possible demonstrates many clear advantages over embedded 800G technology. It’s the most cost-effective approach to meeting the latest performance requirements.

Well, technically… Optical networks have had to evolve to keep up with data demands: Infinera’s Teresa Monteiro (Ep. 63)

Well, technically… the adoption of 800G has been fast and global: Ciena’s Helen Xenos (Ep. 51)