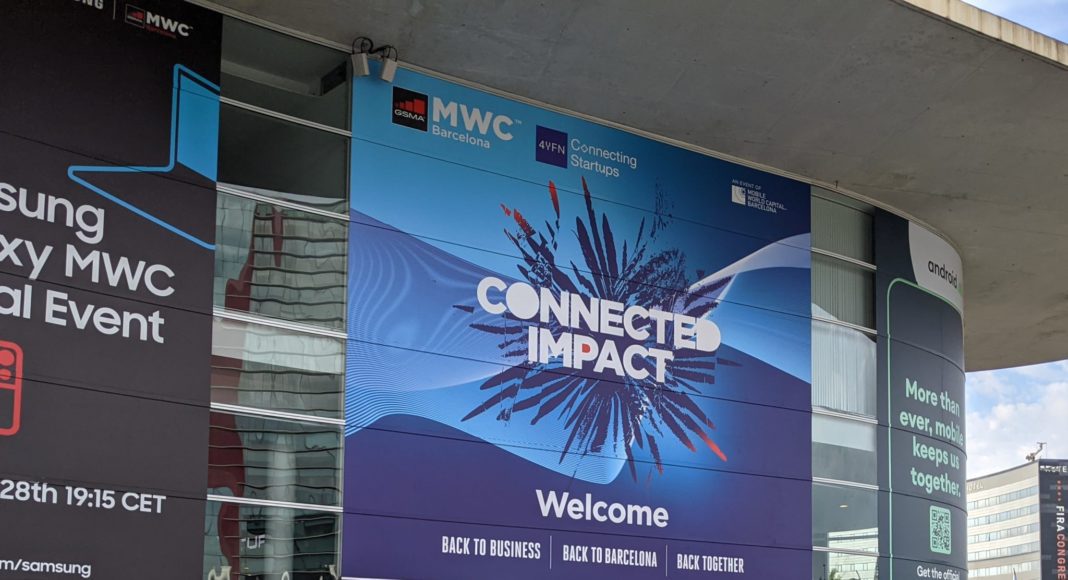 Have you noticed this? We all used to spend plenty of time attending various trade shows, conferences and corporate meetings. Then suddenly everything shut down over the last couple years. Industry conferences were cancelled and those that went on were very quiet. Today, things seem to be changing and quickly, and that is great news. We are starting to get back into the saddle again… and I have to tell you, it feels terrific.

Like you, during the last couple years, I have attended more meetings than ever before, but they were virtual. They we on Zoom, Microsoft Teams, Webex and so many other conference calling services. This was the way we continued to get together while staying isolated during the pandemic.

Some companies did a great job and continued to effectively get their messages out to the marketplace. Think of companies like Qualcomm, Microsoft, Google, Apple and countless others, large and small.

Suddenly things seem like they are changing. Opening up again. All of a sudden going to an actual face-to-face meeting, conference or trade show is starting to make a comeback.

And I believe once this bandwagon gets started, it will pick up steam quickly. Yes, 2022 looks like it could be the year of the great trade show and conference comeback.

In January, the Consumer Electronics Show in Las Vegas was open, but much smaller and quieter. Attendance fell 70% to 45,000.

But last week, Mobile World Congress 2022 was open and was busier than most expected. They reported attendance of 61,000. This was stronger than last year’s attendance of 20,000 at the show which was delayed until June. However, it was still not as strong as 2019 with 109,000 attendees.

So, are things finally and suddenly starting to get back to normal? All of a sudden, things are starting to look like they are.

After all, even politics is playing along. After all, if President Joe Biden could address the U.S. Congress at the U.S. Capitol last week with his State of the Union address with virtually no Senators and Congressmen wearing masks, things are finally starting to look like we are heading in the right direction.

However, that does not mean we will stay locked up and tucked away forever.

Those who are ready to re-enter the world are doing so. Others will eventually re-join in waves.

Speeches and attendance at meetings, trade shows, conferences pick up

Over the last several decades I have been been attending and speaking at a variety of meetings and conferences sharing my thoughts and opinions on the changing industry and where we are heading.

Then things suddenly quieted down during the last couple years.

Today, we are starting to feel like the childhood story of Rip Van Winkle. How the world is waking up again after a long slumber.

It will be great getting back to normal and getting together in person once again is great.

As I share some of my analysis, thoughts and vision on a particular topic, I also learn quite a bit as well from senior executives of countless companies I meet with.

There’s plenty to learn over coffee or lunch with executives

It’s good to mix and mingle with senior executives of countless company’s backstage to get a good sense of where they and we are heading in the changing industry.

Over time, I have learned that executives want to both tell the me about what they are up to, and they want my opinion on how they are doing and where we are heading.

It’s good to get to know them and hear their thoughts on where they see the industry heading next and what we can expect from them and their company going forward.

This mixing and mingling plays a large role in the direction the industry moves in.

I have missed this part of being an Industry Analyst and columnist over the last couple of years.

But, like a caterpillar going into a cocoon and over time coming out as a butterfly, it is good that we are finally coming out the other end of the last couple years of shutdown.

Everything is coming back to life! The world is starting to open up once again.

Yes, it’s good to be getting back to normal. And unless I am wrong, I get the sense things will snap back quickly this year.

Covid-19 still a threat, but it is getting more manageable

That being said, of course not everyone is ready to get back to normal. Covid is still with us and still a threat.

However, so is the flu. We lose plenty of people every year because of the more ordinary. But that’s no reason to lock ourselves up and stay isolated.

There still are plenty of people who due to age or health issues want to or need to stay isolated. And that is fine.

Nobody is forcing anyone to do anything they are not ready for. The world will welcome them back when they are ready.

However, industries will continue to move forward.

Going forward there will be both online and in-person meetings, events

Others can start to get back to normal going forward. And to tell you the truth, it sure feels great to stretch out once again!

The good news is in-person industry conferences, trade shows and corporate meetings are all starting to pick up once again.

At the same time, companies will continue their online conferences as well.

This makes it easier for everyone to choose attending the way they feel most comfortable. I get the sense we as a people will start to attend more conferences and meetings in person going forward.

In fact, I am getting an increasing number of invitations to give speeches at meetings, trade shows and conferences.

It’s just so good to be coming out of this long tunnel and getting back to normal again.

And it’s about time!