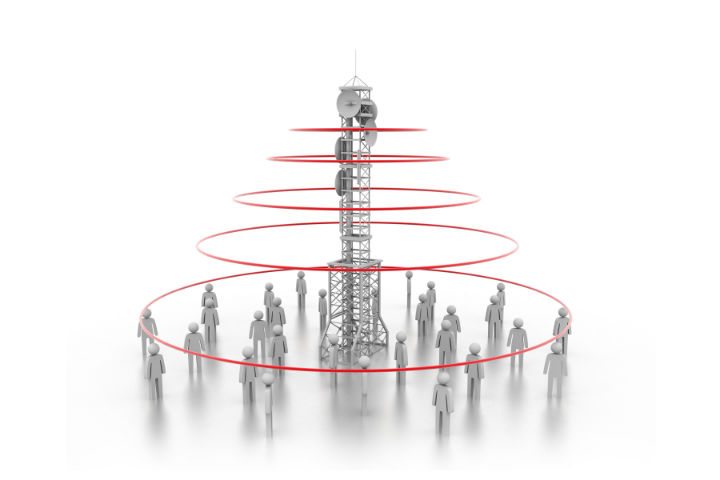 There have been two recent U.S. midband spectrum auctions for spectrum between 3-4 GHz: The shared spectrum of the Citizens Broadband Radio Service (CBRS) spectrum and the C-Band auction. How did those fall out in terms of spectrum won?

The CBRS Priority Access License (PAL) auction was held in the summer of 2020 and was the single largest auction by number of licenses that the Federal Communications Commission has ever conducted: Seven PALs per county in the U.S. and its territories, totaling more than 22,000 licenses. That U.S. midband spectrum auction concluded after 76 rounds, raising more than $4.58 billion in bids, and 228 bidders won a total of 20,625 licenses. The PALs auction had a singularly large and diverse field of bidders: 271 bidders among them universities, large enterprises, electricity companies, WISPs and the three national mobile network operators.

The PALs provide “priority access” to the shared CBRS band, which has three tiers of usage. Each PAL consists of a 10 megahertz unpaired channel at 3.55-3.65 GHz. Bidders could bid on up to four PALs per license area and can aggregate them; in addition to PALs, 80 megahertz of the 150 megahertz band is available for use under the General Authorized Access (GAA) tier of the CBRS spectrum-sharing framework.

Verizon was the top bidder with $1.894 billion in 557 license purchases across 157 counties (just over 3.5 licenses purchased per winning county – four was the maximum allowed). Verizon bought in some of the most expensive markets, bidding on pricey licenses in places like Los Angeles county, CA where the cost of a single PAL was $52 million; but also in other small-to-mid-sized markets around the country, typically buying at least three PALs per county.

While Verizon spent the most, Dish Network won the highest number of PALs: 5,492 PALs in 3,128 counties for a nationwide footprint of an average of 18 MHz per county. Dish spent $912.9 million. Regional cellular operator US Cellular won 243 licenses in 80 counties for $13.5 million. T-Mobile US, spent about $5.6 million on eight PALs in six counties. Among the major mobile operators, AT&T was the sole carrier to skip out on PALs: The carrier registered for the auction but bought no PALs.

Meanwhile, the cable companies who participated in the auction (Cable One, Charter, Cox, Comcast, Mediacom and Midcontinent) bid a collective $1.185 billion for 2,902 licenses in 1,013 counties. Chevron, Deere and Company and hotel chain Starwood Holdings were among the enterprises and universities who came out of the auction holding PALs that will enable them to build private networks.

The U.S. midband spectrum auction for the C Band, meanwhile, was a more traditional set-up of single-holder, licensed spectrum (not shared) and a far more traditional – and smaller — field of bidders. But it was a blockbuster of an auction, raising more in bids than any auction in FCC history. The C Band auction raised a gross total of $81.17 billion, smashing the previous auction record of $44 billion raised in the AWS-3 auction that ran in 2014-2015. Verizon, by itself, spent more on C Band spectrum than the AWS-3 auction raised from all bidders. Verizon’s spending was nearly double the amount spent by the second-highest bidder, AT&T. Verizon won 3,511 licenses in all of the 406 geographic Partial Economic Areas that make up the United States.

The U.S. C Band spectrum covers the range from 3.7-4.2 GHz. The A block spectrum (100 megahertz in five 20-megahertz sub-blocks) from 3.7-3.8 GHz will be the first to be cleared, with a deadline of December 2021. The B block and C block spectrum is slated to be cleared by December 2023. Satellite operators must move their operations into the top 200 megahertz of the band from 4.0-4.2 GHz.

While the C Band had a field of 57 qualified bidders, fewer than half of those — just 21 bidders — walked away with all of the available 5,684 licenses. The top bidders in terms of dollar amounts (excluding incentive payments and clearing costs) were:

Next up in terms of U.S. midband spectrum auctions is Auction 110, which will make available 100 megahertz of spectrum at 3.45-3.55 GHz, just below the CBRS band. That auction is slated to begin October 5.