RCR Wireless NewsIntelligence on all things wireless.
YOU ARE AT:Cloud ComputingThe public cloud for telecom: Livin' on a prayer or soon-to-be runaway... 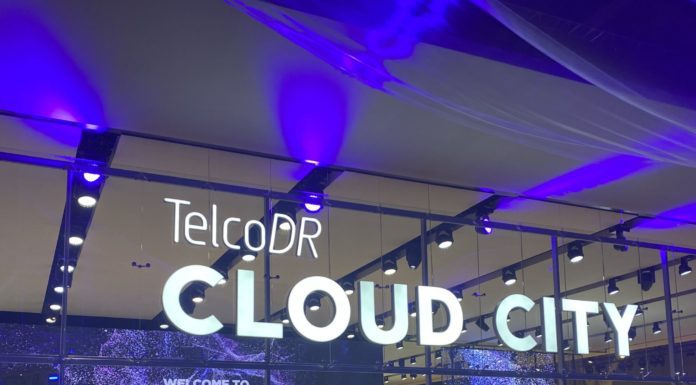 The public cloud for telecom: Livin’ on a prayer or soon-to-be runaway success?

BARCELONA–Cloud City in Hall 2 is by a wide margin the focal point of Mobile World Congress 2021. The lavish booth, conceived and built in a 101-day sprint, is the vision of Danielle Royston, CEO and founder of consultancy TelcoDR. In an interview with RCR Wireless News, Royston described her vision of bringing the public cloud to bear on the telecom industry, enabling massive scale, heightened levels of service flexibility, and a total rethink of capital planning.

She noted that vendors occupying the booth space, regardless of their particular product, all use Amazon Web Services, Azure, or Google Cloud. Royston also pointed to the acceleration of Open RAN as a proof point for how cloud economics are prompting operators to rethink their long-term network strategies. The combo of Open RAN enthusiasm and the broader promise of public cloud (for BSS, for instance) “is a really great opportunity for the challenger telcos to come in and do things at a much lower capex and lower opex and really challenge those incumbents. I think change is coming to our industry.”

Watch the interview with Royston below.

This idea of 5G, or previous generations of cellular, as a cloud-based technology is not new. A quick search of Google’s public cloud shows a blog from AT&T in which the author describes “our commercial 5G network was the first network born in the cloud.” For AT&T, which was an early mover (in the operator world) on cloud with ECOMP and Domain 2.0, the idea was to run network workloads in their bespoke private cloud optimized their network operations coupled with a public cloud for non-network workloads like customer care, billing, and so forth.

Fast forward to 2021 and DISH is partnering with AWS on its greenfield 5G network build in the U.S. According to a Twitter thread I started to clear up my own confusion around the demarcation between public cloud, private cloud, and which workloads run where, Joshua Burgin, general manager of AWS Outposts, explained: “Wavelength and Local Zones are multi-tenant, with Wavelength deployed at the 5G/carrier edge, and Local Zones in metro city centers. They happen to be built out of Outposts (under the hood). Outposts themselves can be deployed in any customer [data center/colocation facility and] are single-tenant…To the Dish question – combo of small-form factor Outpost servers (launching alter in 2021) at cell sites, our expanding network of Local Zones in the U.S. for distributed low-latency functions, as well [as] AWS regions for the regions for the rest of the workloads.” Crystal clear, right?

Royston weighed on the delineation between public and private, adding that it’s more nuanced than which workloads run where but more about a change in operator DNA. “I think private cloud is really just more on-premise. Public cloud is not a place; it’s not a place to run a piece of software. It’s a way to design an application. The technology that the big hyperscalers have put out there [that] allow you pay for it as you use…is just a radical way to start to leverage and adopt new technology. You’ve got to rewrite all the software of telco.”

Editor’s note: Regarding the headline, Jon Bon Jovi is set to perform in the Cloud City stand tonight and I rarely miss an opportunity to make an obtuse, tortured pun.