RCR Wireless NewsIntelligence on all things wireless.
YOU ARE AT:Network Infrastructure'There's a lot of smoke and mirrors': Betacom promises the real deal... 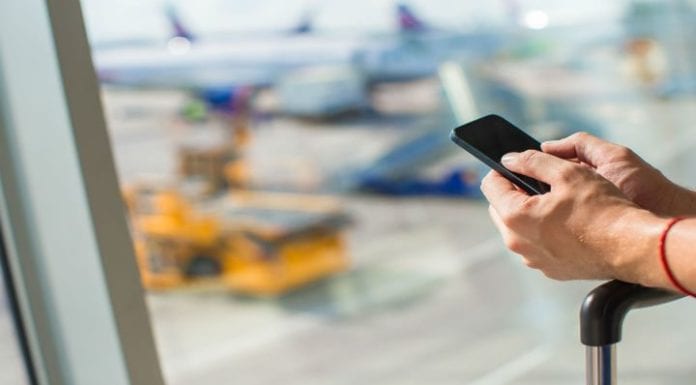 ‘There’s a lot of smoke and mirrors’: Betacom promises the real deal in managed private networks

To hear Brian Watkins tell it, the telecom industry’s offerings of managed private wireless networks are, once you dig into the details, not all they’re cracked up to be. Maybe they aren’t designed in-house, or the building of the network is contracted out, or the offering is stitched together on the fly and then management and operations is up to the enterprise owner.

It’s a bold statement, Watkins acknowledges, to say you’re the first company to actually bring to fruition a solution that other companies already claim to offer. But that is exactly what Betacom is saying as it announces a managed, private 5G-as-a-service offering.

“What makes us super unique is that all of the solution — the design, the build, the operate — every bit of it is completely in-house,” Watkins said. “That gives us the opportunity to have better margins. It gives us the opportunity to have higher levels of control over what we do, because these are our own people. … We leverage our own tools to manage the deployment of these processes, they’ve been battle-tested across the carriers across the U.S.” he continues. “We can actually say with a real, high level of certainty — because I talk to all the people in this space — that we are the only ones who are really, truly a fully managed private wireless service.”

Betacom has several decades of history as a network infrastructure builder for U.S. telecom carriers and has built out 800-odd cellular projects in the past eight years, deploying carrier networks in convention centers, outdoor stadiums, hotels, airports and other locations — including the DAS for the last two Super Bowls, according to Watkins, who is Betacom’s EVP of business development. The company designs and builds the systems, and then hands them over to operators to actually operate. Now Betacom is taking the next logical step and will manage similar systems as private cellular networks — and it has not only its expertise in network design and build to draw on, but $15 million in funding from private investors to boost its pursuit of the market, and a special relationship with Microsoft, with Betacom’s combined network operations center/security center hosted on Microsoft Azure.

Among those investors is former T-Mobile US CFO Braxton Carter, who said in a statement on the launch of Betacom’s private wireless offering that “Private 5G networks have incredible potential to revolutionize the way that a number of industries, including transportation, manufacturing and logistics, conduct their business and accelerate their progress. But design, deployment and management of these complex networks can be strong barriers to realizing the benefits. Betacom is exactly the right company to eliminate those barriers for enterprises of all sizes, and I am extremely enthusiastic to be able to partner with and support them as they bring this much-needed new offering to market.”

The company expects CBRS to be the backbone of U.S. private wireless (“We’re finding that there’s a tremendous amount of interest in the GAA,” Watkins says), and Betacom is only working with network vendors who have 5G in complementary roadmaps. It has put together a network operations center — or rather, a combined NOC and security center, Watkins says — in Seattle, Washington, to handle private network management. Betacom also plans to leverage Azure’s artificial intelligence/machine learning capabilities for predictive network operations and maintenance, and he says the cloud-based architecture will allow for remote troubleshooting as well.

The company, which was long headquartered in Florida, has shifted its headquarters to Seattle and put the private networks NOC in Seattle as well, to be closer to some of its major partners and customers — including Microsoft, with which it is closely aligning itself for edge computing purposes and to host its cloud-based architecture. Betacom claims that it will provide network design and deployment with costs “similar to, but with much higher reliability, performance and security than Wi-Fi.” Then its enterprise customers will retain ownership of their networks and local control of their data, while Betacom takes care of the actual operations.

Private wireless enterprise customers tend to fall into two camps, Watkins says: The ones who want the solution, but don’t want to add any cost or staff to manage it; and the ones (often oil and gas or utility companies) who already manage their own private networks and are interested in how cellular can work for them. Betacom believes it has a robust offering for targeting verticals including airports, manufacturing, logistics and more, by offering a turnkey network solution that can be combined with the specific applications that will bring enterprise value. “If you look at an airport today, that thing is a smart city,” he offers. “They’ve got retail, they’ve a parking garage, they’ve got security cameras, they’ve got … operations, they’ve got logistics and moving people faster, they’ve got cargo coming in and out of the same aircraft. And so just like a warehouse wants to turn a truck quicker, airlines are very desperate to turn planes quicker. If I can turn a plane quicker, I can get that many more in. So we’re beginning to see that the use cases are spanning the spectrum of video, asset tracking, end user deices and even ultimately, consumer broadband in communities,” he said.

Watkins says that Betacom’s network-as-a-service approach could also underpin system integrator or carrier offerings, and that the company is in conversations with both SIs and carriers. Such an arrangement could leave SIs free to develop complex retail application solutions for national retailers, Watkins says, or security solutions that integrate tech like facial recognitions and run on Betacom-built-and-operated networks. In addition, he confirms, “We are in conversations with the carrier community about what white-labeling would look like, and how that partnership would look” and even some talk with one carrier of pursing an initial mutual customer. But he also adds, “It’s not a conversation that’s going to happen quickly. They have history and fairly engrained methodology when it comes to building a mobile network and enterprise teams that work with that network.”

What he plans to spend the rest of the year doing, though, is focusing on building out Betacom’s business as a private network provider — and the real deal.

“I’m not here to disparage people within this private wireless ecosystem, but I know enough about what’s really going on. There’s a lot of smoke and mirrors,” Watkins says. “There’s a lot of, we’re going to tell people we’re doing it, hope somebody buys it and then we’re going to go figure out how to do it. … You can’t just walk into an airport and say, ‘I think we can do it. Yeah, we can do it.’ Because an airport is a very secure, [Transportation Security Administration]-secure location. We’ve done airports many, many times, to be able to say we’re capable of actually delivering the solution.

“We really, truly are the first one out there delivering that fully managed, in-house service,” he says. ” We really feel strongly that the true value we can bring is that we will also stay behind and manage that network. … I can say what we have here is actually very real.”

“Today’s announcement is the culmination of years of planning, testing and collaboration with our telecommunications partners and their customers, all of whom clearly see mutual benefits in the addition of the first fully-managed private 5G network service to the growing number of stand-alone offerings in the market today,” said Johan Bjorklund, CEO of Betacom, in a statement. “Our long experience in this market, our unmatched national presence and the technological advancements represented by our cloud-native NOC that delivers full services and security all give us and our customers significant advantages in realizing the promise of 5G, owned by them and operated by us. We look forward to leading the way in this exciting new space.”