RCR Wireless NewsIntelligence on all things wireless.
YOU ARE AT:5GT-Mobile US says it’s ‘way ahead of schedule’ on Sprint network integration 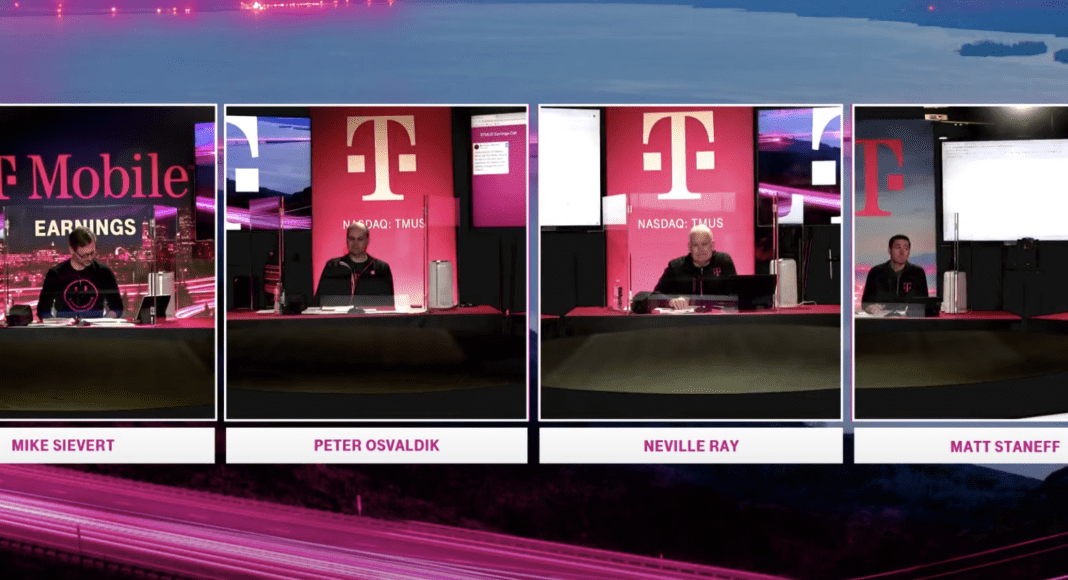 In providing third quarter fiscal reporting this week, T-Mobile US executives provided an update on the progress of integrating the Sprint network and migrating customers to the new T-Mobile US network, and discussed further financial synergies gained through the combination of Sprint and T-Mobile US.

T-Mobile US currently offers nationwide standalone 5G service using its 600 MHz spectrum and is rapidly deploying Sprint’s 2.5 GHz holdings to balance capacity and coverage in its 5G network. CEO Mike Sievert said 2.5 GHz 5G is currently available in 400 towns and cities covering 30 million people. By year-end, he expects mid-band 5G in 1000 towns and cities covering 100 million people with the goal of nationwide coverage by the end of 2021.

“The country has never seen anything like this network build, which is tracking well ahead of schedule and is clearly beginning to differentiate T-Mobile as the bonafide leader of the 5G era,” Sievert said. In terms of total subscribers, T-Mobile US earlier this year unseated AT&T as the number two Tier 1 carrier and Sievert said, “We’re pulling further ahead of AT&T.”

In terms of cost savings associated with the Sprint merger, Sievert said T-Mobile US has realized $1.2 billion in synergies this year—”way ahead of our plan.” He broke that out to include $600 million related avoiding new site builds and site decommissioning, $500 million from streamlined marketings and $100 million in back office savings.

T-Mobile US Vice President of Technology Neville Ray said that 15% of Sprint postpaid traffic has been migrated over to the T-Mobile network. In terms of site decommissioning, the target is to turn down 35,000 sites in the coming years, leaving 12,000 to 13,000 Sprint sites that need to be attached to the T-Mobile network. The target network site range is between 80,000 and 85,000 sites, Ray said.

He said the integration/decommissioning plan is tracking ahead of schedule and will really start to ramp next year. “We want to get every customer on that one T-Mobile network…We’re going to be famous for network in this company. That’s our goal and our ambition. We’re doing a lot of work to make sure we fully understand coverage growth and capabilities that we need to deliver.