RCR Wireless NewsIntelligence on all things wireless.
YOU ARE AT:PolicyWhat's ahead for telecom policy in the next term 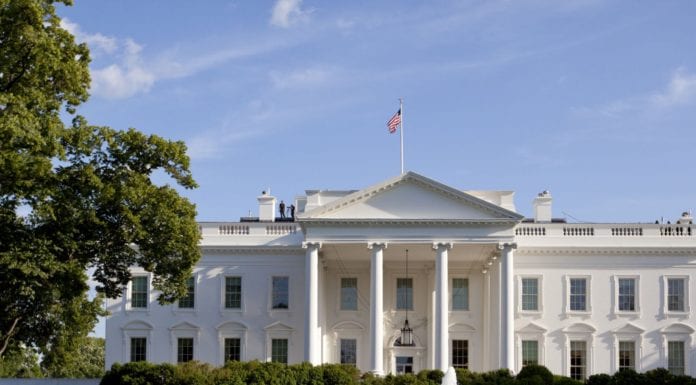 What’s ahead for telecom policy in the next term

As Election Day gets underway, what do the next four years hold for telecom policy? How are those issues likely to be handled differently based on whether Democrats or Republicans hold Congress and the White House?

During a recent media roundtable, Hogan Lovells offered up insights from four of its experts on what to expect in telecom policy issues.

Regardless of the outcome of today’s election, there is an “expanding universe and scope” of telecom-related issues, according to Michele Farquhar, partner at Hogan Lovells’ global regulatory group. Traditional communications issues and companies are now increasingly tied up with trade and national security issues, anti-trust and intellectual property issues, privacy and cyber security. In addition, she said, “The scope of the FCC’s legal authority continues to be challenging and  be tested” such as in the issues surrounding Section 230 and net neutrality. The sheer number of converging, complex issues could lead to an overhaul of telecom regulation, Farquhar added. “There have been talks for years about the possibility of, maybe we need a new Telecom Act or something that gives the FCC the authority it might need for this new age, where w’re seeing a lot more convergence and a lot of new issues confronting us. I wouldn’t be surprised, no matter who wins and certainly if there’s more of consensus of parties on the Hill with the administration, we might see some movement in that direction that might be helpful as we go forward.”

Trey Hanbury, Hogan Lovells partner who also specializes in the telecom and tech space, compared the state of the current spectrum “frontier” to that of the 1890s, when the U.S.’ ran out of physical frontier — which had shaped the country’s expansion momentum and character — leading to both the preservation of wild places and natural resources as well as bitter “range wars” between ranchers and farmers over how land would be used. While the U.S. might not quite be at a point where all of its spectrum resources have been assigned, Hanbury said, a massive amount of spectrum (licensed and unlicensed) has been assigned since 2014. He wonders if there might be a replay of issues that echoed in the end of the frontier era: Potential fights over setting aside some spectrum, possibly for federal use; more bitter fights about exactly how the available spectrum is used and to whom it is available; and possible a “boom and bust” period. “I think we’re going to see a lot of things that fail, and other things that take off dramatically,” he said.

While spectrum issues have a history of being more bipartisan, Farquhar said, that dearth of spectrum resources could lead to the related policy fights becoming more heated. “I think more partisan elements may come into play,” she said, citing the C Band auction as one recent example of a spectrum issue that Democrats have made clear they would have handled differently. However, some issues — such as expanded unlicensed access — have still garnered bipartisan support.

Generally, Farquhar and Fitzgerald expected to see a more holistic or unified approach to spectrum policy across the federal government if Democrats take the White House. Fitzgerald said that the Democratic FCC commissioners have indicated in the course of development for CBRS their liking for smaller geographic license sizes that attract new participants to auctions; he said that a Democratic FCC is more likely to lean on spectrum policy, including mechanisms such as bidding credits, to facilitate competition, and put more faith in new spectrum-sharing technologies to facilitate new market entrants.

Hanbury said that Democrats and Republicans are likely to approach the “spectrum screen” concept of what is considered reasonable spectrum holdings, quite differently. Democrats, he said, are likely to continue to piece the current system together “with duct tape and twine and continue to soldier on” with it as a rough measure, while Republicans may make a wholesale move toward using anti-trust principals as a guide to whether any single player holds “too much” spectrum.

He also said that a Democratic versus a Republican administration are likely to handle the issue of a “national 5G network” differently. While that concept means different things to different people, Hanbury said, the current proposal of a “Rivada model” where the Department of Defense essentially gives its spectrum to a private entity to manage is “much less likely to occur under a Democratic administration than a Republican one.”

Both parties want to see more 5G and advanced networks built, including in rural and tribal areas, and are backing that up with funding or are proposing to, Fitzgerald noted. Municipal broadband efforts would likely see a friendlier federal climate under a Biden presidency, as would a focus on boosting broadband adoption as well as build-out. While the FCC may not be the best agency to focus on broadband adoption, Fitzgerald said, a second Trump term would be unlikely to focus on barriers to adoption much at all. Democrats may pare back the federal preemption rules that FCC Chairman Ajit Pai has put in place, that limit local governments’ ability to restrict network infrastructure deployments. Democrats, he said, might use more of a “carrot” approach where they highlight and give a platform to local leaders that have worked cooperatively and well with mobile carriers to embrace network infrastructure deployment.

However, “Both Republicans and Democrats want to make sure that the benefits of advanced technologies flow to everyone in the country,” Fitzgerald said.

Telecom Tweets of the Week: FCC on a roll(back)