RCR Wireless NewsIntelligence on all things wireless.
YOU ARE AT:PolicymmWave auction activity surges as FCC pushes toward conclusion 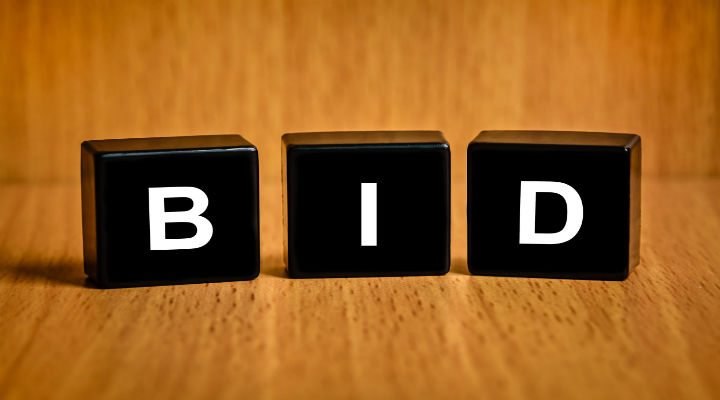 A nudge from the Federal Communications Commission has prompted a surge in bidding activity in the ongoing millimeter wave spectrum auction, with bidders broadening their interest to include licenses in geographic areas which they had ignored until this point.

That hasn’t moved the bid total by much, though, with gross proceeds having crept up from around $7.4 billion last week to  $7.5 billion as of the end of round 76 on Wednesday. No bidding was held on Monday due to the federal holiday.

As of Tuesday, the FCC began requiring that bidders use 100% of their eligible bidding activity, instead of the 95% that had been previously required. It’s a use-it-or-lose it scenario in which bidders who don’t use all of their bidding units risk having their eligibility for bid units decreased until it’s in line with their activity, a move which the FCC noted in an auction announcement could “possibly [curtail] or [eliminate] the bidder’s ability to place additional bids in the auction.”

In response, the number of spectrum “products” with more bidding demand than license supply has jumped, from low double-digits late last week to nearly 300 as of the end of round 76. Auction 103 is using a clock format for its first phase, in which bidders compete for the license type and location they desire, with prices automatically increasing each round, until bidders’ demand for licenses at a certain price matches the supply. At that point, the clock phase with end and an assignment phase for specific spectrum blocks will follow.

While major urban market licenses were bid up quickly and then mid-sized markets followed, licenses with low demand have been those in lightly populated, rural and remote areas, and U.S. island territories. There are 832 total spectrum products (the MN and P licenses in each of the 416 geographic Partial Economic Areas) available in the auction, and as of the close of round 76, 284 of those had greater demand than supply, 545 had demand equal to supply and just three had demand less than supply.

Last week, around 40 licenses had no demand at all, according to analysis from Sasha Javid, COO at the Spectrum Consortium and former chief data officer and legal advisor on the FCC’s Incentive Auction Task Force; that figure has since dropped to zero licenses with no demand.

There are still 35 qualified bidders competing in Auction 103.

Stephen Wilkus, CTO at Spectrum Financial Partners, has been tweeting his auction observations and opined on Tuesday that the push from the FCC “will pressure the auction to end in the next few rounds.”

In the next round of #Auction103 the @FCC is requiring bidders to use all of their bidding units, up from the 95% they've been required to use so far. This will pressure the auction to end in the next few rounds.
This has prompted a rise to 46 regions (PEAs) of excess demand. pic.twitter.com/EDrUzPXlaH

In Round 69 of @FCC #Auction103 of mm-wave spectrum for #5G, under the new requirement that all 100% of the bidder's bidding units be used, there has been a big jump in the number of properties bid upon. The auction has gone from 289 PEAs with excess supply in round 68 to 3. pic.twitter.com/KGDdX0CYuj

Another five, 30-minute rounds of bidding are scheduled for Thursday, but the FCC has held off on scheduling rounds for Friday as of yet.

There is more spectrum available at 39 GHz than in the other two bands, with 14 blocks of 100 megahertz available, or 5,824 individual licenses. The 47 GHz and upper 37 GHz bands each have 4,160 licenses available, or 10 blocks of 100 megahertz in each PEA. The FCC has divided the spectrum into two categories of licenses: 24 100-MHz licenses in the 37 and 39 GHz frequency blocks, the MN or M/N licenses, and ten 100-MHz licenses in the 47 GHz frequency block, the P licenses.

The FCC has authorized either fixed or mobile use in the bands, and the commission has emphasized the sheer amount of spectrum available: at 3,400 megahertz, Auction 103 puts up the largest amount of spectrum ever offered in an auction.

However, the large amount of spectrum combined with the fact that this is the third of three FCC millimeter wave auctions in the past year means that prices are relatively cheap, as spectrum goes. Still, Auction 103 has already far outstripped the other two millimeter wave auctions in total bids raised. Auction 101 raised only about $702.6 million, because most of the spectrum in the band was already licensed and held  by carriers such as Verizon (which beat out AT&T in a bidding war for Straight Path that was driven by its high-band spectrum holdings) and AT&T (which acquired Fibertower and its mmWave spectrum holdings). Last year’s Auction 102, meanwhile, raised about $2 billion.

Facebook
Twitter
Linkedin
Previous articleVapor IO enters 2020 with fresh funding and edge plans for 20 cities this year
Next article#TBT: Gearing up for 5G; Qualcomm fends off Broadcom; States react to net neutrality repeal … this week in 2018