RCR Wireless NewsIntelligence on all things wireless.
YOU ARE AT:5GQualcomm pushing OEMs to 5G with new millimeter wave modules and reference... 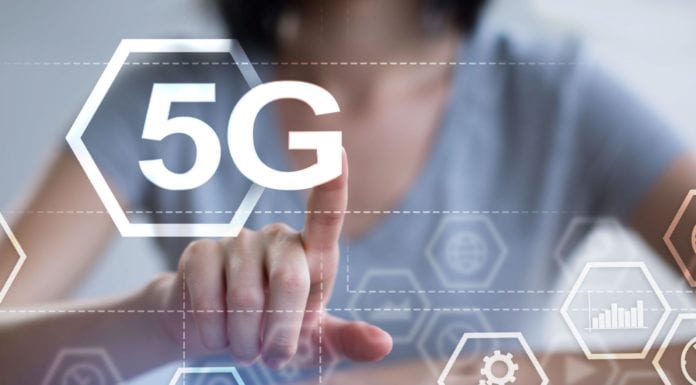 Millimeter wave frequencies are central to realizing the vision of ultra-fast, multi-gigabit-per-second 5G mobile connections. Case in point, Verizon and AT&T are both taking 5G to market in the U.S. using high-band spectrum, albeit with an initial, respective, fixed wireless and mobile approach. But the network is just one piece; consumers need to have compatible devices. And driving those devices to market is a major thrust of the work Qualcomm put on display last week at the 4G/5G Summit in Hong Kong.

“5G is a reality for smartphones and we have spent, as Qualcomm, a lot of time showing that the underlying technologies that will make 5G a reality with phones that we can hold in the palms of our hand,” company President Cristiano Amon told attendees at the event. Noting that a variety of 5G smartphones, including flagships, will be hitting the market throughout 2019, Amon said, “It’s going to be all coming together.”

Back in July, Qualcomm successfully miniaturized its QTM052 millimeter wave antenna module to a point where multiple modules can fit into a smartphone form factor. Now, just three months later, the San Diego-based company announced it has further reduced the size of those modules by 25%.

At a high-level, further miniaturization of the crucial component gives devices OEMs more flexibility in designing and building products.  “We are dedicated to providing OEMs more versatility in their 5G smartphone form factor offerings,” Amon said in a statement. “This milestone reinforces leadership of Qualcomm Technologies in enabling the path to 5G commercialization in early 2019.”

Another key piece of the device-side 5G puzzle is the X50 modem, which supports up to 5 Gbps download speeds. As it relates to compatibility with non-standalone 5G New Radio networks, devices would pair the X50 with a gigabit-class LTE modem and up to four of the millimeter wave modules. To give OEMs an idea of what that total package looks like, Qualcomm also showed off a reference device that’s significantly smaller than the mobile trial platform device the company has used in other 5G NR testing.

This level of component complexity means, “It’s not going to be viable to have competitive devices without thinking of it as a system solution,” Amon said at the 4G/5G Summit. “It’s no longer a commodity.” Emphasizing the huge variety of band combinations NSA 5G NR comes with, from sub-6 GHz, to millimeter wave frequencies, and unlicensed and shared frequencies, Amon said, “I like to repeat this sentence that I have used with regulators worldwide–resistance is futile. Allocate everything to wireless.”

He continued: “The next step of 5G, we’re starting right now to get to multiple gigabit speeds. But as we evolve from NSA to SA, standalone, the next step is going to be carrier aggregation on 5G. You have to design this as a system.”

For many attendees, a stand out moment was when Amon showed off a device connected simultaneously to 4G and 5G as demonstrated by the icons on the upper-right of a smartphone screen.