RCR Wireless NewsIntelligence on all things wireless.
YOU ARE AT:Analyst AngleKagan: Why Apple iPhone and MacBook performance is so poor lately 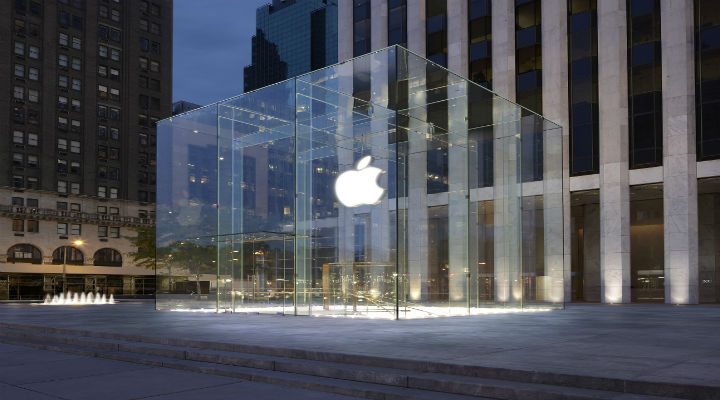 Kagan: Why Apple iPhone and MacBook performance is so poor lately

Come on Apple, you’re better than this. I’ve used Microsoft Windows computers for more years than I can remember. Then a few years ago I switched to Apple MacBook when Microsoft was forcing users to the new Windows 10 format. I figured that I had been thinking about making the switch for a while, and if I now had to learn a new OS, then the timing was right to switch to Apple. Things were good for a while. However, in the last year or so, there have been some serious problems including my suddenly dying battery after an update. So, what’s up Apple?

I was an iPhone and Windows user. Learning the MacBook took some time, but it was worth it. And it worked great for the first year or two, without any problems. Then, after a recent iOS update on my iPhone, things started to go downhill fast. And my satisfaction has only been unravelling ever since with my MacBook as well.

Don’t get me wrong. I still like the ease with which the iPhone and MacBook work separately and together. I like the iCloud for storing everything. There is plenty to like. However, during the last couple years there is also plenty of problems with what used to be a bullet-proof iOS. And it seems Apple simply does not care and is not fixing them.

Over the last couple years, the new iOS updates on the MacBook and iPhone suddenly made the devices less reliable. Each update would try and fix old problems but would create new ones. Things which then had to be addressed by Apple in the next update. It’s an ongoing vicious cycle.

The most recent update to the iPhone about a month ago, suddenly caused a serious problem. Battery life. It sucks the life out of my battery. To give you an example, I used to be able to let my iPhone sit on my nightstand overnight. The next morning, I would still have 80 percent power, or so.

After the iPhone iOS update, the battery is completely drained in the middle of the night. That means every morning I wake up to a dead as a doornail iPhone. I figured this was an obvious mistake. I figured Apple would correct this new problem created by their update.

However, it has now been a month and still no fix. The problem still exists. So, I still wrestle with the same battery dying issue day after day after day. I now have to keep the iPhone plugged in overnight just to make sure it stays alive. To make sure the alarm clock works. To make sure I can be reached by my family in case of emergency.

And there’s more. When listening to music or watching video, the iPhone now often gets too hot to handle. I’m not saying fire hot, but too warm to hold or to put up to my ear.

While playing some patriotic, 4th of July music, I got a phone call. So, I took it and the phone was way too hot to be comfortable. This is a brand-new problem. Something that happened after the latest update.

So, Apple. Let me ask you a question. What the heck is the problem? And why aren’t you fixing it? Where did you lose your way, and why can’t you find your place in the world any longer? These are serious questions from an objective wireless analyst, and a subjective user.

There are several problems causing me to have to restart the iPhone and MacBook time and time again. These are such annoying reliability issues, it would kill a smaller and lesser known company. That’s to Apples advantage. They have built a strong customer relations reputation over the years.

However, the good-will the company has created is being chipped away with these issues. Before long, if Apple doesn’t snap to it, they may start seeing losses if this continues. And no one wants that to happen.

Come on, Apple, snap out of it already!

So, Apple. Wake up. Get with it. Stop being so lazy or unconcerned. You are screwing with the value of the Apple brand going forward. You are screwing with the lives of your customers, your users, consumers and business customers. The iPhone and MacBook are not just machines. They are necessary to the lives of users for consumer use and for business use.

You have to keep stoking the fire, year after year. You can’t just live on who you were. You must also stay cutting edge and customer focused. This kind of care is something I am sad to say has been missing in the last few years. Get it back before it’s too late.