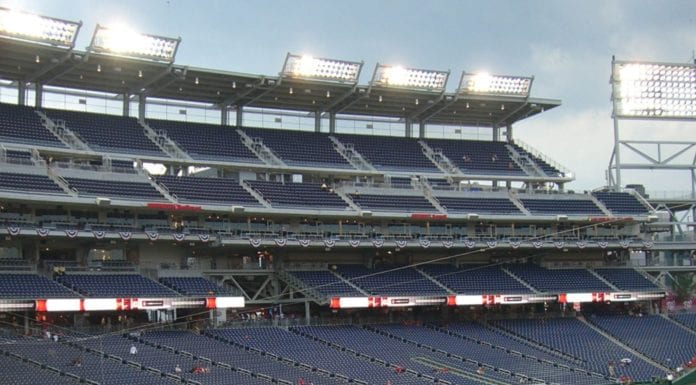 U.S provider of wireless communications solutions JMA Wireless has completed a project which has improved cellular coverage and capacity at Nationals Park, home to the Major League Baseball team, the Washington Nationals.

The company carried out this project in partnership with system integrator Multipath Communications Group (MPCG).

Under this project, JMA Wireless deployed its TEKO DAS (distributed antenna system) and over 400 antennas across the venue. Additional antennas were required in the upper seating areas. Now the new wireless network can readily support the 41,000-plus fans attending the Washington National games, the company said.

The new DAS was deployed within 65 days during the off-season as a replacement for two older DAS networks that were not meeting the growing needs of the venue staff and patrons, the company added.

MLB sponsor T-Mobile US was also part of the project.

“T-Mobile is rightfully obsessed about our customers’ experience on the nation’s fastest 4G LTE network,” said the operator’s Vice President of National Development Bob Vorlicek. “JMA Wireless checked off all of the boxes for us with their turnkey DAS network offering – and deployed it in a very timely manner.”

The firm also said that this modular platform ensures the minimum amount of valuable onsite real estate is used for housing technical equipment.

Dutto said that DAS Group Professionals used JMA Wireless’ Teko platform for the implementation. The Teko DAS is a multi-band, multi-carrier modular solution, which provides cellular coverage and capacity for indoor and outdoor environments. One of its main components, the rack mounted master unit (MU), combines different high-speed wireless technologies, such as LTE and UMTS, with multiple bands to serve the various needs of the environment.

The executive explained that the DAS has 22 zones that provide coverage throughout the ballpark, the plaza adjacent to the ballpark called Gallagher Way, a multi-use plaza building (where the Cubs’ executive offices are located as well as other tenants including Starbuck’s) and Hotel Zachary.

Dutto also said that T-Mobile US, AT&T, Sprint and Verizon are involved in the project.