RCR Wireless NewsIntelligence on all things wireless.
YOU ARE AT:Test and MeasurementLiveAction picks up packet inspection company Savvius 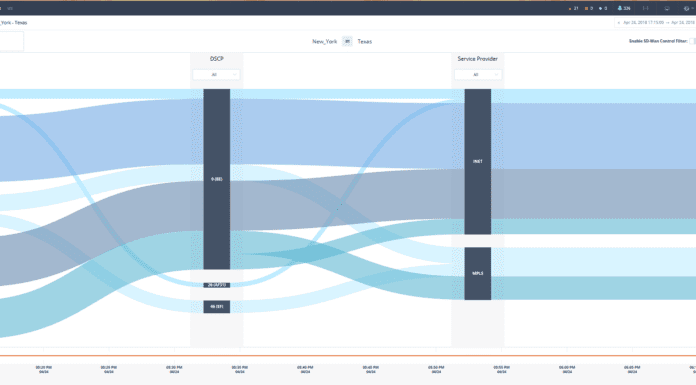 In acquiring Savvius, LiveAction “had telemetry from the routers, but lacked some of the deep diagnostic information that our users wanted,” Kimura said. To meet that need, LiveAction went looking for partners to acquire.

Software-defined networking, Kimura said, is changing both networks and how they are monitored. In the past, he said, network elements like routers and switches were standardized, static equipment instrumented for network monitoring programs. “In the software-defined world, you now have … the rise of controllers,” he said, and network elements often communicate with controllers in proprietary ways and then push out data sets that he said were not as robust as if they came from the device itself — less visibility, he said, not more.

“What we’re doing now with Savvius, is the ability to get back down to the most granular form of data,” Kimura said.

He added that LiveAction has historically been known for monitoring the wide area network, but that customers were asking for capabilities to monitor campuses and data centers. Larry Zulch, president and CEO of Savvius, said that the combined capabilities of the two companies “to me, is something that all enterprises are going to find compelling as the way they want to invest in network management.”

Kimura said that combining the two companies’ capabilities will enable them to offer solutions that cut down on the number of tools needed to manage networks and simplify network management.

“That’s what we’re striving to do here, is really take advantage of what we both do best but yet figure out a way to make the world simpler and make the data more understandable, so we give our network managers some time back in the day, and I think that’s really the big deal here overall,” Kimura said.

Larry said that both Savvius’ and LiveAction’s products will be continued and become more capable as they are integrated.

Internet network outages are up, but not necessarily impacting users, report finds