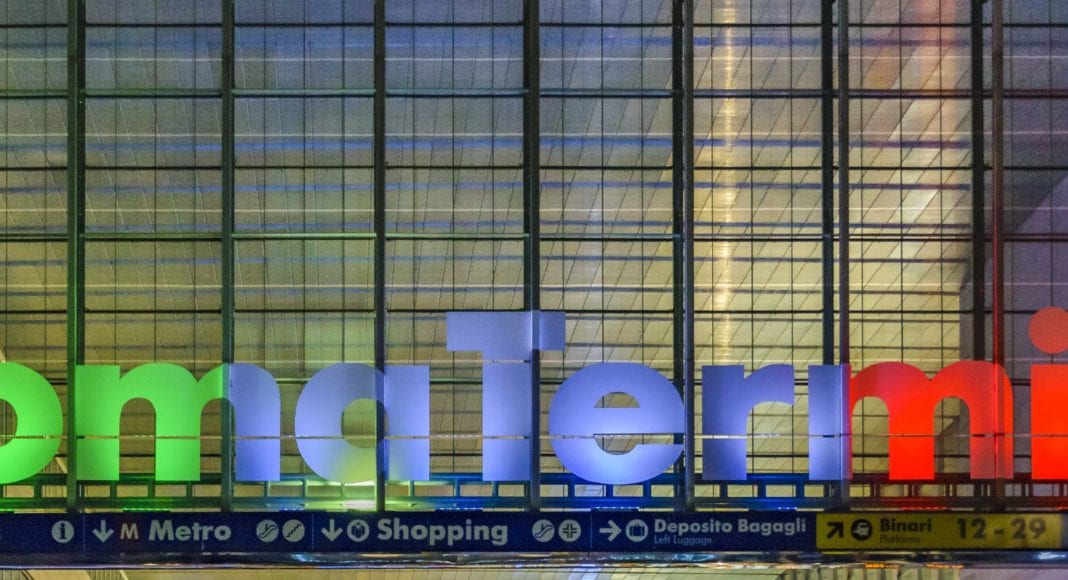 JMA Wireless deployed a DAS at the railway station to guarantee cellular coverage and capacity for passengers, businesses and railway workers

Roma Termini, the main railway station of Italy’s capital Rome, is one of the largest and busiest train stations in Europe and is also home to more than 100 shops, a post office, travel agency and other types of businesses.  Following the deployment of LTE technology by Italian telecom operators at the station, the railway station’s operator recognized it was necessary to ensure cellular coverage for its passengers, businesses and railway staff and selected a distributed antenna system as the best option to improve connectivity.

Roma Termini’s operator chose Liverpool, N.Y-based JMA Wireless and its integration partner, Telektra, to deploy a DAS at the station in order to guarantee wireless coverage and capacity.

However, JMA Wireless found several obstacles in the process to deploy the DAS solution. Italy has very stringent limits in terms of the amount of electromagnetic radiation exposure for people, ranging from only .6 to 6.0 volts depending on the location.  JMA Wireless and Telektra had to deploy many low-power antennas in an effective manner throughout the facility to meet those limits. Also, the construction of the facility and the numerous indoor and outdoor areas to be covered created further challenges. The station is constructed of steel and concrete, materials that naturally impede cellular signals. Finally, there is a high user density, with correspondingly high demand for cellular connectivity, during peak travel hours. In addition, the many businesses in the station depend on cellular communications during these peak times.

In order to achieve the station’s desired goal of uniform coverage, Telektra deployed the Teko DAS from JMA Wireless.

The Teko DAS is a multi-band, multi-carrier modular solution, which provides cellular coverage and capacity for indoor and outdoor environments. One of its main components, the rack mounted master unit (MU), combines different high-speed wireless technologies, such as LTE and UMTS, with multiple bands to serve the various needs of the environment.

In this specific project, a rack mounted MU was installed in a technical room situated near the station. From the MU, a single fiber cable trunk was deployed with several branches spreading to 22 pairs of remote units – 10 high power and 12 low power. In total, only 5.5 kilometers of fiber were installed to support the entire system. Each pair of remote units included one on 1800 MHz/ 2600 MHz and the other RU on 2100 MHz / 2600 MHz.  The dual RU at 2600 MHz enabled multiple-input multiple-output (MIMO) service for nine Omni MIMO antennas on the lower level of the station.  In addition, the system consists of 12 sectors covering GSM, UTMS and LTE technologies.

The JMA Wireless antennas can be redirected remotely to better provide coverage and capacity needed in densely populated areas of the station or during peak commuting hours.