RCR Wireless NewsIntelligence on all things wireless.
YOU ARE AT:Network InfrastructureBaidu COO discusses why China is poised to dominate A.I. market 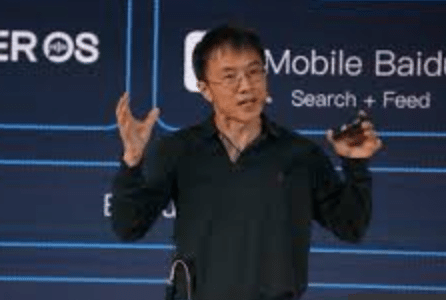 Las Vegas, Nev. — During a press conference at CES, Baidu COO Qi Lu emphasized how China is poised to dominate the global artificial intelligence (A.I.) market. According to Lu, China is well positioned to head the A.I. market on account of the country’s population, policies and mountain of data.

“What will give an edge to China is a much larger population and a fast growing market,” Lu said. “And a favorable policy environment designed to nurture and enable more data harnessing and AI technology.”

Chinese tech companies are investing more in A.I. in an effort to gain a foothold in the budding market space. The country takes the title of the second biggest investor in A.I. in the world following the U.S. Last year, China’s government unveiled a $150 billion plan to become a global leader in A.I. by 2030.

Lu explained acquiring data from Chinese residents is easier in comparison to other markets since more than a billion of the country’s occupants use smartphones. Obtaining this information could help improve A.I. technologies, giving businesses based in China a competitive edge against rivals in different markets.

“The Chinese government understands what AI can do, and they show a lot of commitment for sustained and long-term investment,” Lu said. “AI is part of China’s national five-year plan, and just a few months ago, the Chinese government published a comprehensive white paper to call out a systematic investment in AI.”

Baidu also unveiled the second version of its Apollo open-source autonomous driving platform at CES, which was originally released to aid the development of self-driving systems and related technologies by automakers. “Apollo is an example of ‘China Speed,’ demonstrating the rapid pace of China’s innovations and development in the global autonomous driving industry,” Lu said.

Baidu noted it has more than 90 partners in the Apollo project, such as Ford, Bosh and Hyundai. Moreover, the Chinese government has championed Baidu’s Apollo as the national platform for the development of self-driving cars. “Open platforms and ecosystems are the best way to accelerate the transition of AI technologies toward commercialization,” Lu said.

Udacity Founder and President Sebastian Thrun also joined Lu on stage to announce a collaboration between the two organizations. The companies will work together in a range of areas, including the deployment of of Apollo’s autonomous driving online courses. “By incorporating Apollo 2.0 into the Udacity online course, Baidu is taking the initiative to help close the global AI talent gap problem,” Thrun said.

Apple unveils its car at WWDC – sort of