RCR Wireless NewsIntelligence on all things wireless.
YOU ARE AT:5GBrazil readying for 5G with LTE Advanced Pro deployment 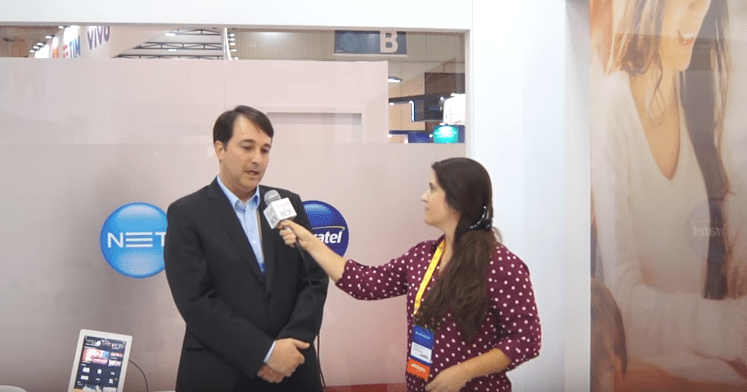 SÃO PAULO–America Movil’s Claro launched LTE Advanced Pro in Brazil as a strategy to get fast speeds and meet customer demand for more data traffic. The carrier is tapping three-channel carrier aggregation using the frequency 2.5 GHz, 1.8 GHz and 700 MHz bands where it’s allowed; the spectrum was used for analog TV and has been released following an pre-defined agenda. Claro worked with suppliers Ericsson, Huawei and Nokia.

In a video interview with RCR Wireless News at the ongoing Futurecom conference and exhibition , Andre Sarcinelli, Claro’s director of engineering, explained the carrier’s strategy to evolve its networks toward 5G and increase coverage in Brazil.

“We had the plan last year to modernize the whole network, not only 4G, but the whole BSS system,” Sarcinelli said. “It’s a single RAN solution that you can, via software, configure 2G, 3G, 4G in several frequencies. We have implemented so far…9,000 sites. It’s a coverage extension that we’re now doing.”

In addition to carrier aggregation, Claro has also added 4×4 MIMO in parts of its network as well as 256 QAM. “Those three functionalities together, we are calling…4.5G. Data traffic in Brazil is rising a lot,” particularly around video-related application, he said.

Given the reliance on 2G, 3G and 4G networks, Sarcinelli said the carrier provides support for IoT and a number of varying levels of consumer and enterprise demands. The long-term plan is to continue the migration to more advanced networks, while retaining the 2G network for machine-to-machine communications.