RCR Wireless NewsIntelligence on all things wireless.
YOU ARE AT:Network InfrastructureNetwork architectures for outdoor small cells 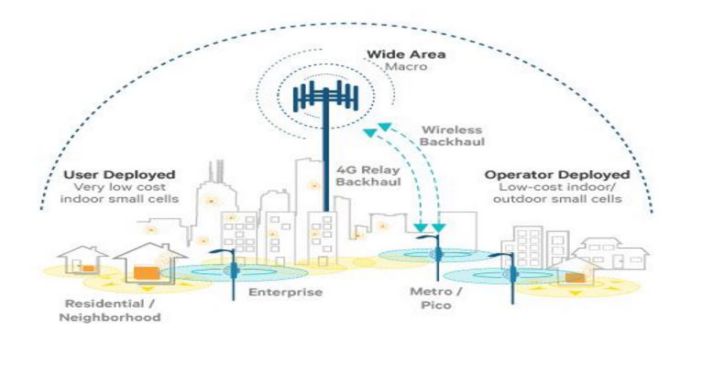 Small cells are one of the fastest-growing parts of the wireless infrastructure market, with year-over-year shipment growth of at least 50% for each of the last four years, according to the analysts at Dell’Oro Group. Carriers deploy small cells indoors and outdoors, and also sell indoor small cells to their customers. The outdoor small cell market is taking off as carriers densify their networks to support 5G. According to Dell’Oro’s Stefan Pongratz, network operators will be spending an estimated $2.3 billion on outdoor micro-cells by 2021, almost five times the half a billion spent in 2015.

“It is no longer a question if carriers are shifting capex from macro to small cells. Now the question is how quick it is happening and what is the impact on vendor shares,” said Pongratz.

Outdoor cells that transmit at power levels below 10 watts are typically considered micro-cells. Ray Butler, VP for mobility network engineering at CommScope, said operators are deploying large numbers of 1-watt to 5-watt small cells. These are often mounted on utility poles or streetlights. Butler said the radio can be at ground level in an enclosure or about 10 feet off the ground, attached to the pole. The antenna is usually at the top, but it can also be located a bit lower on the pole.

Butler said there are two other common architectures that operators often describe as small cells. One is a miniature macro-site and the other is a distributed antenna system.

Mini macro sites are full power radios deployed on structures typically 40 to 50 feet tall, Butler said, with both the radio and the antenna at the top of the structure. Fiber may be used to connect the radio equipment to a remote baseband unit.

Outdoor distributed antenna systems are often described as small cells. In this architecture, an antenna and DAS remote node are mounted on a pole, and the radio and baseband are at a headend location. Fiber or cable can be used to connect the remote nodes to the headend. An outdoor DAS can support multiple operators, and typically uses about 20 watts of power per band.

In addition to these three architectures, there are small cells that incorporate low-power radios and antennas in one form factor. Butler said that in his experience, operators are less likely to choose these than they are to choose configurations that separate the radio from the antenna.

“You see a much better performance with separate antennas,” Butler said. “We also see that in a small cell environment, especially where two metro sites or more … can see each other, then it’s important for those antennas to be able to downtilt to contain the energy, so they don’t interfere with each other. So we do primarily see [separate] antennas. There’s a lot of interest in the ability to do electrical tilt.”