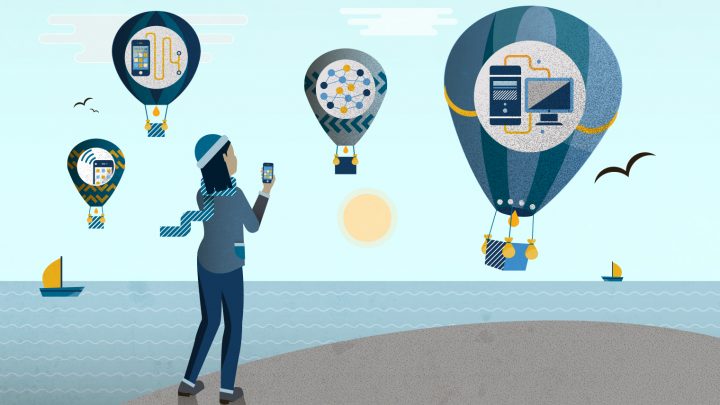 Gordon-Levitt is director of production company HitRecord and more widely known for his roles in shows like “3rd Rock from the Sun,” “The Dark Knight Rises,” “Inception” and “Snowden,” to name just a few. His website HitRecord was founded in 2003 as an open-collaborative production company. Gordon-Levitt’s presentation focused on how to form online communities for creatives.

Gordon-Levitt proceeding by noting that while the internet has enabled people to connect despite geographical constraints, there are aspects of online culture that limit creativity. He highlighted three key pillars, which he believes prevent people from coming together on the web to be creative and collaborate. These include crowdsourcing, free culture and socializing.

There are two main types of crowdsourcing today, explained Gordon-Levitt: big data driven crowdsourcing and open contests. Big data driven crowdsourcing consists of large amounts of people contributing data without costing them any effort, and open contests consists of people contributing projects where one person is deemed the winner. While the former works well for high-volume technical tests, it doesn’t foster creativity, said Gordon-Levitt; and while the latter encourages creativity, it forces people to compete rather than collaborate with each other online. “What it doesn’t take advantage of is what would happen if all these people put their heads together in an organized way,” he said.

The second pillar, free culture, allows anyone with a Google search engine at their fingertips to instantly have access to the world’s culture for free. However, the content isn’t exactly free, Gordon-Levitt explained. Internet content is littered with ads, which drives money into the pockets of Google rather than the content creators, which de-incentivizes creativity, said Gordon-Levitt. “This business model has pretty much decimated the music industry. The truth is it’s a lot harder nowadays to earn an honest living as a musician than it used to be. The same thing is happening with journalism, especially more long-form, investigative journalism.”

The third pillar of the internet, social, has huge upsides with respect to sharing people’s lives and perspectives with one another; however, social media platforms weren’t designed to generate creativity, said Gordon-Levitt. “Facebook’s landing page invites you to connect with your friends and the world around you. And again, I think people connecting with each other, that is a great thing; it really is. My question is are their ways to take a step further past just connecting with each other and towards creating together?”

Gordon-Levitt then advanced three alternative pillars to the internet: community instead of crowds, fair compensation instead of free culture, and collaboration instead of socializing. In terms of community, Gordon-Levitt said the biggest difference between community and crowdsourcing is every member of the community is a unique individual. “The strength of a community is less about the quantity of people and more about the quality of their contributions and interactions,” he said. “Counting the number of likes can’t replace a talented curator with good tastes,” he continued.

In terms of fair compensation, Gordon-Levitt emphasized people who produce work that generates revenue should be entitled to some of that money. On his own website, Gordon-Levitt said anyone’s contribution that is included in the final cut get’s some kind of money. “At HitRecord, anytime our production makes money, everyone’s contribution included in the final version get’s some kind of money. Figuring out what’s fair, which artists get how much money, that’s no small feat” he said. “We’ve been able to pay more than $2 million to members of the community around the world,” he added.

With respect to the final pillar, collaboration, Gordon-Levitt discussed how his own website is helping people work together online toward a common goal rather than simply socialize through bite-sized interactions. Users can propose a challenge through the website that multiple people contribute to, which are then organized into a series of challenges or “projects.” The website’s team then comprises a list of outstanding projects to focus on as a production company.

“I think the one thing that we can say for sure is that as we move forward to the future, the internet will definitely impact every user more and more. And the question is what kind of impact will that be? But if people all around the world can come together to do more than just connect and socialize, but to actually collaborate, to create things that we wouldn’t be able to make without each other, when I picture that future, I start to feel optimistic about the future, because it’s not just the capabilities of technology; it’s what technology can make us capable of as human beings,” he concluded.